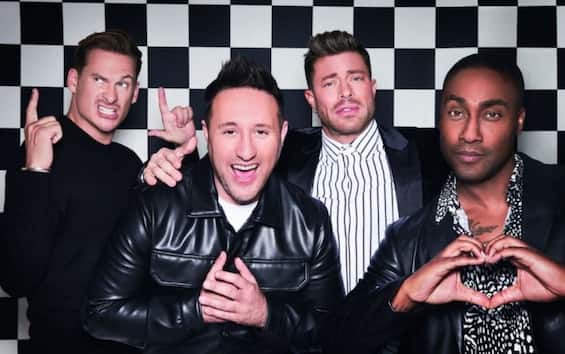 THE Blue are back. The band, a pop icon of the early 2000s, released their new single today Heart & Soul, already available on digital platforms. The self-titled album will be released on October 28th for Tag8 Music / BMG.

The single was co-written with songwriter and producer MNEK and produced by Shift K3Y. “We are huge fans of MNEK’s writing and productions who have done incredible work for the LGBTQ + community as well. Duncan contacted him on Instagram saying he would love to work with him and he replied saying he had a track for us – Blue members said, Antony Costa, Duncan James, Lee Ryan and Simon Webbe – As soon as we listened to it, we loved it and we immediately knew we couldn’t wait to sing it ”. The album will also be released on October 28th Heart & Soulcomposed of ten tracks that run between pop, dancefloor and poignant melodies typical of the British boy band. Heart & Soul it can be pre-ordered on the group’s official website and will be available on CD, vinyl and all digital platforms. The release of the album was anticipated by the singles Haven’t Found You Yetthe cover Dance With Me And Magnetic.

Following the release of the album, Blue will return to perform in front of their UK audience with the 20th Anniversary Heart & Soul Tour, consisting of twelve dates in the palaces. “We can’t believe it’s been 20 years since All Rise, our first album, was released,” they wrote on social media. “It’s been a nice trip since then and now we want to see you again. In these two years we have started thinking about how to celebrate the anniversary. Together we started working on new music and it was so good to get back to doing what we love again. This break during the pandemic also made us realize how much we missed performing live. So we can’t wait to get back on the road and see you all at ours Heart & Soul Tour. We promise you that we will put on the best show ”. First stop, on 4 December in Cardiff. There is currently no planned stop in Italy, but in the future, in the event of a world tour, it is possible that Lee Ryan’s group will also return to the BelPaese. Moreover, here they had had great success with the song Who Tells Meadaptation in Italian of the success Breathe Easysung by themselves in our language and written by Tiziano Ferro.