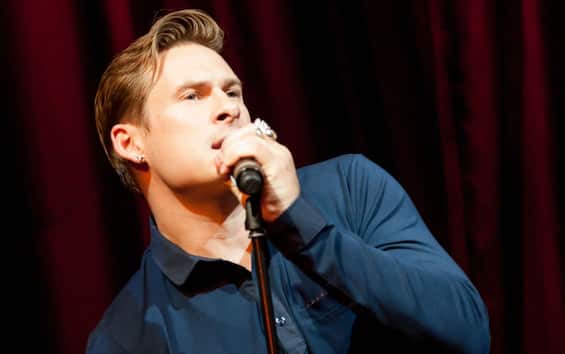 Still problems for Lee Ryanleader of the English band Blue, that was arrested for harassing behavior during a flight in the UK that took him to London from Glasgow. The arrest, which occurred on the ground after landing, would be followed a few hours of rest before the release of the singer. The cause behind the incident is linked to a discussion of the 39-year-old with the crew about the alcohol service that during the flight it would not have been carried out, which sent the artist into a rage.

Arrest at the airport in London and then release

A little over two years have passed since Lee Ryan’s statements publicly confessing that he had serious alcoholism problemsfought over time through the rehabilitation of which he recounted the details in some interviews.
The singer of the beloved English boy band, who in the first months of 2020 had said he was certain that he had won his battle against this addiction, has now ended up in the international news of the sector for his intimidating behavior against the personnel of the plane on which he was traveling. The artist allegedly used violent behavior towards staff who would not serve alcoholic beverages during the flight. After the incident, and landing at London airport, Ryan was reportedly met by police on the runway and, handcuffed, was taken to East London station where he is supposed to have spent several hours before his release. According to the Daily Mail, further investigations should follow after the arrest.

Ryan and the problems with alcohol

Lee Ryan had talked about his alcoholism in some interviews in which he also mentioned his bandmate Duncan James as its great ally in the battle. Ryan admitted that James played a leading role in his fight since it was he who advised him to be followed by a recovery center at a time when he himself had not yet admitted that he had a problem. The singer then added that he had overcome the sadness that drove him to drink heavily and that now he allowed himself only a few drinks in a cautious manner, as promised also to the doctors who followed him.