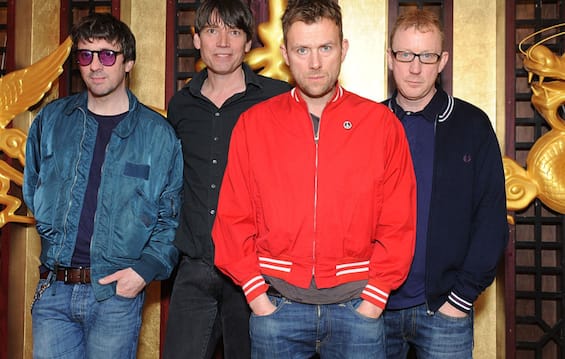 The rumors of one reunion of Blur have been circulating for a few months, amid chatter and fan hopes. But now comes the official confirmation by the same group, which has stayed away from the stage for over 6 years. Their latest album, The Magic Whipdates back to 2015 and it is on 29 November 2015 that the members of the English band sang together for the last time announcing the release of the album during the tour.

The Blur reunion: the details of the event

There was already talk of a return together of the queen band of the 90s during the pandemic, in 2020. The same frontman of the group, Damon Albarn, had hinted at a possible return of the group, giving way to rumors. The big event is set for Saturday 8 July 2023 and will host the iconic Britpop band Wembley Stadium in London. However, the return to the stage of Albarn’s group does not come by chance. On the other hand, the artist had always shown nostalgia for the group, but was not willing to return that was not in great style: “I miss playing with Blur, I miss the songs, but it must be the right occasion, we don’t want to go on stage just to do it ”he declared in an interview. The big summer concert that will see Albarn reunite with Graham Coxon, Alex James and Dave Rowntree will in fact fall to thirty years from Parklife, the historic album with which the group climbed the British and international charts in 1994, earning first place for weeks. There will be three supporting artists who will open next summer’s concert: Slowthai, Self Esteem and Jockstrap.

The reunion of Blur, the statements of the group

In the seven years that divide the return of the Blur since their last concert, the members have certainly not remained idle. If Albarn has recently completed a new tour with Gorillaz, Dave Rowntree will release his first solo album in January 2023, while Alex James is busy working on his farm and Graham Coxon has released a few singles in the last 12 months and the autobiographical book. Verse, Chorus, Monster !. But it’s not just the fans who rejoice in the Britpop’s return to the stage: “We love playing those songs and we believe the time has come to do it,” said Damon Albarn. Along with him, guitarist Graham Coxon: “I can’t wait to get back to playing with my brothers again and revisit those songs. Live Blur concerts are always great for me. A good guitar, a powered amplifier and lots of smiling faces “. Enthusiasm also comes from bassist Alex James who said: “It’s always something really special when the four of us walk into a room. It’s nice to think that on July 8 our room will be the Wembley stadium ”by posting on Instagram a video of Blur in concert and an image in a newspaper with the news of the event and a big heart. “After the chaos of the last few years, it’s great to be back playing some songs together on a summer day in London. Hope to see you there, ”said Dave Rowntree, on drums.