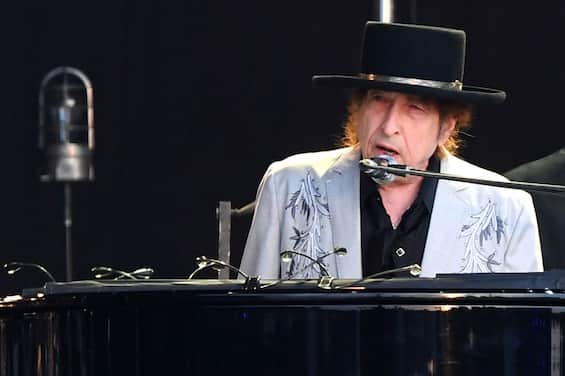 The Philosophy of Modern Song

The new book signed by Bob Dylan published by Simon & Schuster entitled “The Philosophy of Modern Song” will be released in the American libraries on November 8th. A volume whose singer, Pulitzer Prize winner for poetry and Nobel Prize for Literature in 2016, has chosen to analyze 66 songs from a vast musical repertoire, considered by the singer worthy of note. As reported by the introductory notes of the book, the singer will deal with the ‘pitfalls’ of easy rhymes, of how adding a single syllable can ruin a song and – among other things – how bluegrass is related to heavy metal. “.

There is also “Volare” by Domenico Modugno

While waiting for the release, the titles of the songs commented by Dylan in the various chapters of the work have been revealed, including Domenico Modugno’s “Nel blu, Dipainted Blue”, for brevity called “Volare”. The song, written by Modugno and Franco Migliacci himself, was released as a single in February 1958 and the following year it won the Grammys as record of the year and song of the year. Among the famous covers, after that of Dean Martin in 1989 came the rumba-flamenco version of Gipsy King.

The other pieces analyzed by Dylan

Among the songs analyzed by Dylan there are four songs commonly associated with Elvis Presley (“Money honey”, “Blue moon” and “Viva Las Vegas”), three that became known in the versions of Ray Charles (“Come rain or come shine”, “I got a woman” and “You don’t know me”) and two from Frank Sinatra’s repertoire (“Strangers in the night” and “Without a song”). Among the oldest songs is “Rudy was a lady “by Stephen Foster, written in 1849, followed by” The Whiffenpoof Song “of the early twentieth century. Blues, R&B and hillbilly songs from the first half of the century have ample space, but the lion’s share is reserved for songs from the 1950s and ’70s, the golden age of rock, pop, soul and country. There is no shortage of thrusts into punk / new wave with “Pump it Up” by Elvis Costello and “London Calling” by The Clash. The most recent songs are ” It Doesn’t Hurt Anymore “recorded in 1989 by Regina Belle and” Dirty Life and Times “by Warren Zevon in 2003.