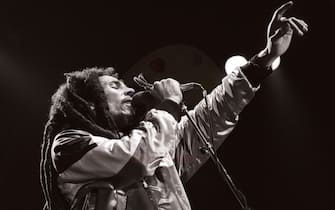 The September 23, 1980 the king of reggae Bob Marley performed for the last time at the Stanley Theater in Pittsburgh on the occasion ofUprising Tourwhich brought the album to the venues Uprising and his latest track, the hugely popular song Redemption Song

At the sold-out concert, the Jamaican artist played with the group The Wailers, also composed by Peter Tosh and Bunny Wailer and inspired by the inhabitants of the Kingston neighborhood of Trenchtown, for the last time in his career

Before entertaining the American public, during the summer of 1980 Marley also conquered other fans with the only Italian dates of his career: the San Siro Stadium in Milan (in front of 80,000 people) and Turin. The openers were the blues stars Pino Daniele and Roberto Ciotti

After returning to the United States, Marley collapsed on September 21, 1980 while jogging in Central Park in New York.

Bob Marley, Ajax celebrates him with a new shirt

The accident was caused by a malignant melanoma on his right foot diagnosed in 1977 which, for religious reasons connected with Rafastarianism, Marley had decided not to treat. The tumor had meanwhile spread to the brain, liver and lungs

Bob Marley: the biopic on the reggae legend

Despite the fatigue caused by the disease, during the extraordinary concert Marley gave the audience unforgettable tracks. Among these, the classics No Woman, No Cry, Is This Love And Jammin ‘ And Could You Be Loved and the new one Redemption Song

Bunny Wailer, the leader of Bob Marley’s band, died at 73

“Emancipate yourselves from mental slavery, no one but ourselves can free our minds”, sang the artist in front of the audience in raptures for yet another message of freedom communicated during his career

Bob Marley, the most beautiful phrases of his songs

Recalling Marley’s last concert, official biographer Roger Steffens declared: “Bob went up on that stage knowing he was doomed but, listening to the show, there are no signs of pain, no weakness: it’s an extraordinary emotion”

Bob Marley, the reggae legend who conquered the world. PHOTO

Also that evening, Marley spread the messages of love and brotherhood that characterized his whole life, so much so that in 1978 he received the United Nations Peace Medal

The Pittsburgh concert was the artist’s last public performance. Bob Marley died on May 11, 1981, aged just 36

Marley has sold tons of records all over the world. In 1983 it also came out Confrontationhis posthumous album

In 1994, Marley was inducted into the Rock and Roll Hall of Fame