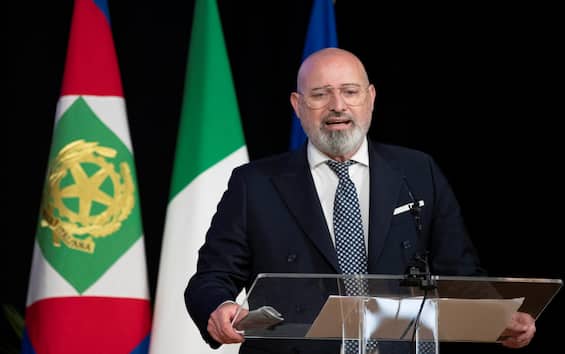 The governor of Emilia-Romagna has outlined his idea of ​​the Democratic Party. “We need a more popular party than today: we need to change the ruling class”

“In five years we want to bring the Democratic Party back to government of the country. We need a party that is never populist but certainly more popular than today”. This was stated by the president of the Emilia-Romagna region Stefano Bonaccini in Florence, during a press conference with the mayor of the city Dario Nardella. And Bonaccini, one of the candidates for the secretariat of the Democrats, reserves important words for local administrators: “A leading part of today’s Democratic Party gives me the idea that it is difficult to understand what happens to the people, that’s why we have to start from the territories, from local administrators. We need to change the ruling class”.

Appointments ahead of the Congress

In this regard, the governor of Emilia-Romagna took the opportunity to launch his tour in view of the congress. “We will leave on December 10th from Bari for a tour around Italy, at least in 100 cities, municipalities, squares. Not just capital cities,” said Bonaccini. His motion will be supported by the mayor of Florence: “There are many local dem administrators on the bench, which is why I chose Nardella to be president and leader of the motion supporting my candidacy who will spread our ideas. In the next few days we will present a team, other than Dario, who will help us and will be equal, men and women, we want a plural party ”, declared the dem candidate. For his part, the mayor of Florence Nardella thanked Bonaccini and declared: “I think we will be able to build a winning team because we want to win. Stefano convinced me of the idea of ​​making a nice journey together”. One of the most convincing points was “consistency. I have always said in recent weeks that our personal destinies come much after ideas, values, the construction of a collective project. I strongly believe in this concept”, concluded Nardella.

The democratic party to come

Bonaccini’s idea of ​​the Democratic Party to come is clear: “We need a season that reshuffles everything a bit, we are in a new time, we must look to the future and the Democratic Party must use the congress to redefine its identity and then , accordingly, covenants will come. Also because the friends who are with us in the opposition will see that they will get tired of being divided and losing the elections in the coming months and years”. The invitation, however, is also addressed internally: “Whoever wins must expect the others to lend a hand. You take off your deployment shirts and put on your party shirt. I’ll do that if it’s not my turn. We must say that whoever wins we will stand together to strengthen the Democratic Party. I hope never again splits, we have suffered too many “. This is why Bonaccini hopes “a good congress campaign. I don’t want to be the candidate of some currents. The Democratic Party must be dismantled and reassembled and we must not be called by someone else’s surname ”.

On the other hand, the discussion on the alliances of the future Democratic Party is more complex. “The Democratic Party cannot stand alone: ​​just see how we govern in regions and cities. Alliances are not made at the table to beat opponents, but only if there is a shared programme. I hope they want to share a credible period of opposition with us: when we have defined their identity and relaunched the Democratic Party, then they will have to deal with us. And we will discuss what we will have to do,” said Bonaccini. However, more than future allies, the dem candidate is interested in addressing those who have lost faith in the political class. “We don’t get a congress on alliances from outside. We have given little thought to the fact that one of the most serious data of these elections is abstention, and we must form an alliance with those who no longer voted, out of disaffection, anger, protest. I am convinced that among these people there are many of those who used to vote for us”.