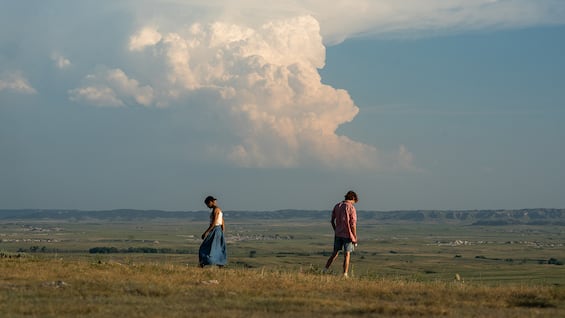 Based on the novel Bones & All (To the bone) by Camille DeAngelis, Luca Guadagnino’s new film is one of the most anticipated films of this cinematic season. A sublime love story. dark and eerie. A road trip of two misfit American youths in search of their own identity, who share a ferocious and devastating appetite that distances them from the rest of the world and, as long as they yearn to find a place to feel truly at home, leads them to flee .

Their journey as deserters of society began in the Eighties with the young Maren (Taylor Russell, awarded in Venice as best newcomer), who hides a secret since birth, driven by an inexplicable greed that goes beyond all human limits. Unable to behave like others and constantly wandering from city to city, she has always had the feeling of being an outcast with no possibility of appeal. When her father, distraught by her, realizes that he can no longer help her, Maren has no choice but to go away and fend for herself. And that’s where she finds out she’s not the only one about her. There are others like her in the world. Others who feel that same urgent need. Others like Lee (Timothée Chalamet,) a country rebel who helps her survive, grows fond of her and can see beyond her forbidden desires, even when the two become dangerously vulnerable to each other. the other one.

Bones and All, the trailer

Bones and all will arrive in Italian cinemas starting November 23, thanks to Vision Distribution. In the meantime, the first international trailer has been launched. It is a kind of evocative, romantic sore, video clip. In contrast to the images of the protagonists of Luca Guadagnino’s film is the penetrating and hoarse voice of the great Leonard Cohen who sings You Want It Darker, interspersed with a few very short lines from the protagonists. We see Timothée Chalamet and Taylor Russell love each other and wipe the blood from their faces and nails, against the backdrop of the majestic landscapes of the American Midwest. We then witness the murder of a man whose throat Lee cuts, only to discover the face of Sully, the elderly cannibal, played by Mark Rylance, and that of Michael Stuhlbarg, who plays the role of the mystery Jake. In short, a ballad of love and death, which the words of the great American singer-songwriter make even more suggestive and crepuscular.

The words of Luca Guadagnino

“Bones and All is a film about impossible loves, about outcasts and the dream of finding a place to feel at home. It is the story of two young people who discover that, for them, there is no place they can call home, so they have to reinvent it. Maren and Lee go in search of their identity in extreme situations, but the questions they pose are universal: who am I, what do I want? How can I escape this sense of inevitability that I am dragging along with me? How can I connect with someone else? (…) I’ve never seen it as a scary movie. I wanted people to love these characters, understand them, cheer them on and not judge them. My desire is for the public to see in Maren and Lee the cinematic reflection of all the possibilities that are part of us as human beings ”.