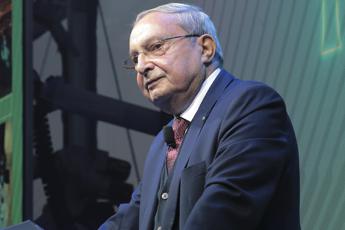 CEO for twenty years, he made it his home, always looking to the future

Giuseppe Bono was Fincantieri. And Fincantieri was Giuseppe Bono for twenty years and more, given that what the company is today coincides with what the manager has built. Difficult to find in the history of Italian industry such an all-encompassing fusion between a man and the company he worked for. Anyone who has been able to speak directly with him, regardless of the interviews and official statements, has been able to perceive his unconditional adherence, identity, to the role of company manager.


When he spoke of orders obtained, or of those to be pursued, as well as when he spoke of the men who worked for him, he held together a certain affirmation of his power, which many have also told for the characteristics of a hardness at times even claimed, with a insisted profession of belonging to the cause.

Bono considered Fincantieri his home, with the strengths and weaknesses that derive from it. To those who claimed that twenty years at the helm of the same big company were an anomaly, he answered firmly: people and companies must be judged by the results and Fincantieri is doing the results.

Like all people who have built important careers starting from the bottom, Bono had a great respect for the future, which was also born from a consolidated spirit of revenge with respect to the starting conditions. Calabrese, from Pizzoni in the province of Vibo Valentia, had humble origins. In an interview granted by Fortune Italia, in June 2018, he explained well what prompted him to always look forward: “We must always think about the work of the next ten years, we must think of a time horizon of 20 years”. This approach is also not so common among top managers, who are often used to thinking in terms of bonuses to accumulate quarter after quarter.

But Bono wasn’t just a manager and he wasn’t just a CEO. He was the CEO of Fincantieri. His he Fincantieri, who had started driving on April 29, 2002, when he was in poor condition, remaining in office until May 15 this year, when Pierroberto Folgiero took over. Twenty years that have transformed one of the leading groups of Italian industry and that, in this case too, the thrust of revenge returns, had begun with a regret. Bono came from Finmeccanica, where he joined in 1993 and where he was general manager from ’97 to 2000 and then, for two years, CEO. And he would have gladly stayed there, in the noblest of industrial subsidiaries. Instead, he took another route. And he never left her, making it his home. (from Fabio Insenga)