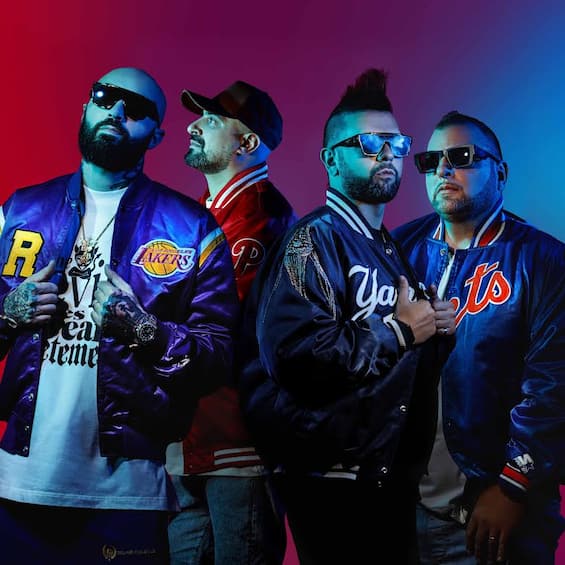 Surprisingly, the Boomdabash to make us dance all winter long! From Friday 9 December will be available in radio rotation and in all major digital stores Heaventhe new single from Boomdabash together with eiffel 65, which for the first time marks a real dance turning point. The song released on the B1/Soulmatical Music–Capitol Records Italy (Universal Music Italy) label is already available in pre-save.

The record-breaking band that has won the affection of the general public, after having collected over 28 platinum records with clamorous hits such as “Karaoke”, “Tropicana” “Non ti dico no”, “Per un milion”, “Mambo Salento”, “Don’t worry”, “Take me with you” and “Mohicans”; is now ready to unexpectedly return to the music scene, warming up the winter with the intention of making us dance to unbridled rhythms.

“Heaven –declares the band– is the son of two great passions of Boomdabash, the love for the 80s and the unforgettable music of those years that joins the great passion for musical re-making. “Heaven” was thus born on the basis of a sample of “Too much of Heaven”, an iconic hit by Eiffel 65, a legendary band of Italian dance music, to which we wanted to pay homage by great lovers of the genre. We immediately involved the Eiffel 65 in the project who enthusiastically worked closely with us on the music production. Heaven is a piece that was born in the studio having fun as it is in our mood several months ago and which confirms the desire to bring back hits from the past into our musical production, expertly contaminating them with influences that come from our musical world. A powerful song that we wanted to propose in a Boomdabash key while retaining its authenticity and original soul. We have long dreamed of being able to make a song that rides these sounds, we are finally thrilled to have made it as we wished. A rousing dance piece with a beat that moves between the 80s and 90s and with a devastating bassline, standing still is impossible”.

Heaven is a piece of great impact in perfect dance style able to make us turn up the volume to make us dance even in the coldest months through the unmistakable energy that has always characterized the group, one of the most acclaimed and appreciated Italian bands of the contemporary scene whose repertoire of their most famous songs exceeds over 2 billion total streams and on YouTube there are over 800 million views of their official video clips. Thanks to Heaven the Boomdabash thus they return for the first time in an unedited and special dance music key, drawing from a super hit from the past, reminding us how much a song is not just a simple song but can remain over time, becoming the perfect soundtrack for unforgettable moments.