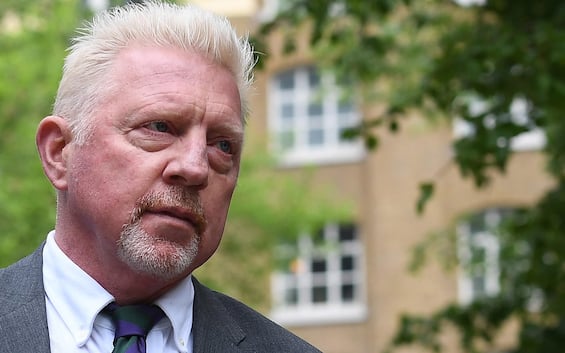 Boris Becker, 54, has been released from London prison where he had been held for seven months and will be extradited to Germany. According to various German media reports in breaking news, the former tennis champion is once again on the loose.

Becker was serving a sentence for fraudulent bankruptcy and was held in Huntercombe Penitentiary in Oxfordshire since last April. The three-time Wimbledon champion was found guilty by Southwark Crown Court on April 8 of four of the 24 offenses charged against him in the bankruptcy trial declared in 2017 and relating to an outstanding debt of around 60 million euros contracted with the institute Arbuthnot Latham bank. He had been sentenced to two-and-a-half years in prison (with a minimum of 15 months to serve) for fraudulent bankruptcy, which provided for a minimum term of 15 months, but benefited from a fast-track scheme, which provides for extradition to the country of origin if certain conditions are met.

According to the judges, the former tennis player had hidden some of his assets from the tax authorities

Pursuant to the Insolvency Act, Becker should have disclosed, in detail, all the assets and assets of his estate, which vice versa – according to the indictment – had been, at least in part, concealed “in a dishonest manner”. Medals, prizes, trophies – including the cup won at Wimbledon in 1985 and those of the 1991 and 1996 Australian Open – hidden from the tax authorities, like various real estate properties and businesses between London and Germany, and about 1.3 million euros in assets. A millionaire hoard subtracted from the Treasury to prevent it from being counted by the bankruptcy trustee, using them vice versa to partially cover the creditors.