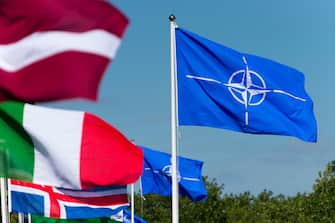 The codename is Steadfast Noon“Constant noon”, as opposed to “midnight” which indicates the nuclear catastrophe: it is theexercise of the Born which will be staged from today 17 October until the end of the month. “Air forces across NATO will exercise nuclear deterrence capabilities involving dozens of aircraft over northwestern Europe starting Monday, October 17, 2022,” said the Atlantic Alliance itself. From timing to details on the performance: that’s all we know

WATCH THE VIDEO: Art. 5 of NATO, here is what it is and its consequences

It should be noted immediately that this type of exercise is considered “routine”. It is held every year and generally lasts a week. As far as 60 aircraft of various types – including fourth and fifth generation fighters and US long-range B-52 bombers, which will depart from North Dakota – will fly over Belgium, the North Sea and the United Kingdom. The exercise does not involve the use of live weapons. It will be run by the United States, the United Kingdom and France, the three NATO member states that possess nuclear weapons

Could this move exacerbate tensions with Moscow? “We would be giving a very wrong message if we suddenly canceled a routine exercise, planned for some time, because the war in Ukraine is underway “, explained the secretary general of NATO, Stoltenberg, at a press conference in Brussels, adding that the nuclear rhetoric of the Russian president Putin it is “irresponsible” and that Moscow “knows that a nuclear war would have no winner and must never be fought ”

According to the Kremlin spokesman Dmitri Peskov, however, “NATO in fact has already entered the Ukrainian conflict. But this does not affect in any way all our objectives and hypotheses, the operation continues and will be completed”. The assistance of the Atlantic Alliance in Kiev “makes the situation substantially more difficult” for Moscow

“This probably requires our internal economic and other mobilization,” Peskov continued. “One thing is the Kiev regime and another is the potential of NATO: it is an additional burden. But our potential allows us to continue the operation in these conditions”, he closed.

War in Ukraine, Zelensky: “65 thousand Russians have died since the beginning of the conflict”

The operation will involve 14 countries in total, including also Italy. “We stay closely monitoring Russia’s nuclear forces: we have not noticed any change in their posture but we remain vigilant “, he reiterated in the meantime Stoltenberg. Steadfast Noon is hosted each year by a different NATO ally. “This exercise helps ensure that the Alliance’s nuclear deterrent remains safe, secure and effective,” said NATO spokesman. Oana Lungescu

Born, what is a “hybrid attack” and why it could lead to the activation of Article 5

The new NATO Strategic Concept, adopted by allied leaders at the Madrid Summit in June, clarifies that “the fundamental purpose of NATO’s nuclear capability is to preserve the peaceprevent coercion and discourage aggression “. The document stresses that” as long as nuclear weapons exist, NATO will remain a nuclear alliance ”

Born, agreement between 14 countries and Finland on an air shield: what it is and how it will work