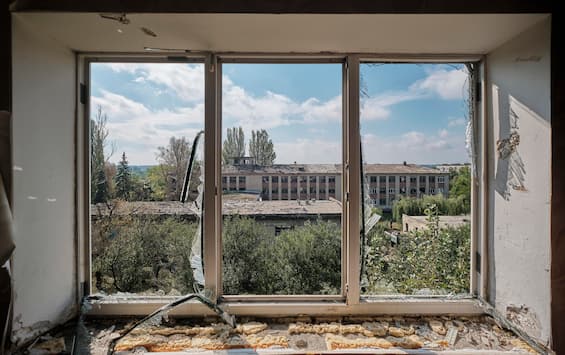 “The EU strongly condemns the illegal referendums planned by the pro-Russians” stating that “they go against the legal and democratically elected Ukrainian authorities, violate the independence, sovereignty and territorial integrity of Ukraine and constitute a clear violation of international law” . This is what EU High Representative Josep Borrell said, announcing that “Russia, its political leadership and all those involved in these referendums and other violations of international law in Ukraine will be held accountable and further measures will be considered. restrictive against Moscow “.

The announcement of the referendum

Borrell’s reaction comes on the day the self-proclaimed pro-Russian separatist republics of Donetsk and Lugansk in Ukraine’s Donbass region announced that they will hold a referendum on integration into Russian territory from 23 to 27 September. (REAL-TIME UPDATES).

For Mikhailo Podolyak, one of the advisors to Ukrainian President Volodymyr Zelensky, “the Russians have decided to respond asymmetrically to the Ukrainian counteroffensive, thinking that illegal ‘referendums’ will stop the Himars and the armed forces from destroying the occupiers on our land. You want to. really spend the time necessary to escape for a new show? Try it … it will be interesting “, wrote on Twitter Mikhailo Podolyak, one of the advisors of the Ukrainian president, after the announcement of the pro-Russians to hold a referendum for the annexation to Russia in the occupied Ukrainian territories in the coming days. For the European Commissioner for Economy Paolo Gentiloni “Putin’s referendums in Ukraine to annex occupied territories with arms are an insult to democracy and the United Nations”. AlsoGerman Chancellor Olaf Scholz, who will speak at the UN General Assembly at the end of the day shortly before Italian Prime Minister Mario Draghi, said that the “farce: Russia’s referendum for the annexation of Donbass to Ukraine” is unacceptable.

Meanwhile, investors ‘reject’ the idea of ​​the referedum. This is confirmed by the vertical collapse recorded by stock exchange prices on the Moscow market with the Moex index which has even lost more than 10%, falling below 2,200 points. A little over an hour after closing, the index has recovered slightly and is around 2270 points (-6.60%). Among the most penalized stocks were the Yandex portal (the ‘Russian Google’) -8.50%, the energy giant Lukoil -7.90%, while Gazprom, Rosneft and Sberbank recorded losses of more than 6% .-