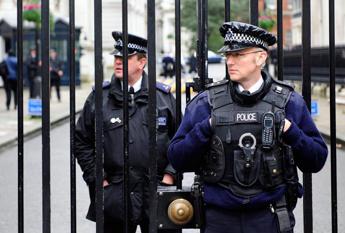 According to what Adnkronos learns, they welcomed him into their home in the Messina area together with the former roommate

Murder of the two Sicilian sweethearts in England. The alleged killer would have been a guest in October, according to what Adnkronos learns, of the family of one of the two victims, Nino Calabrò, in the Messina area. The two, Nino and his girlfriend Francesca Di Dio, were found dead in an apartment in Thornaby, North Yorkshire in Great Britain. In fact, on the occasion of his sister Alessandra’s 18th birthday, the young croupier, who had moved to England for work three years ago, had returned to Sicily to celebrate the happy event together with the family to whom he was very close. And the roommate and former colleague from Palermo had followed him. Mamma Salvina had welcomed him into the house not even remotely imagining what would happen a few months later. Therefore, at least until October, there was no tension between the two.

The British investigators are keeping the utmost confidentiality on the matter. The two boyfriends were allegedly massacred with sticks. A crime of unprecedented ferocity. Nino would have been shot from behind, while the completely disfigured girl would have suffered the worst. Perhaps in an attempt to resist the murderous rage she tried to defend herself. The father of the young alleged murderer would have raised the alarm. The man of Iranian origin had flown to England a few hours before the crime. It seems that the son had been suffering from mental problems for some time, so the worried mother would have asked her husband to join him.

The scene that the man found himself in front of with his son crouched next to the lifeless bodies of the two boys was creepy. The mystery remains about the motive for the heinous crime. It seems that Andrea had long since stopped working as a croupier. Nino knew his discomfort and had tried to help him. Even taking it home to Sicily with him for his sister’s birthday. A way to help him overcome the discomfort and to be in the family, that same family today destroyed by pain.