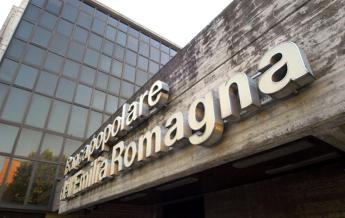 Following the internal reorganization of Bper Banca, which concerned the Business Area starting from 1 December last, in which three new structures reporting directly to the Chief Executive Officer and General Manager Piero Luigi Montani were set up, Giuseppe Sibilla was appointed manager of the Commercial Network, who supervises the activities of the Bank’s Territorial Departments. This was announced by Bper in a press release. The Territorial Directorates constitute the extension of the General Directorate of Territories. They interpret its strategies and needs, which they transmit to peripheral structures: areas and branches. The Business Centers and private Centers which oversee the activities of the respective service models also respond to the Technical Data.

Already head of the Emilia West Territorial Department, Sibilla thus assumes the role previously held by Stefano Vittorio Kuhn, current Chief Retail & Commercial Banking Officer, who comments: “The appointment of Sibilla as new Head of the Commercial Network of Bper Banca is meant to represent an important acknowledgment towards a professional who has made an important contribution to the growth of the Bank.The Bper Banca Group has effectively doubled in size in recent years and it was deemed appropriate to evolve the commercial chain towards greater specialization in order to sell the service to customers in a even more efficient, dedicated and timely. We are sure that Giuseppe Sibilla, already head of the Emilia Ovest Territorial Department, will be able to perform the assigned role in the best possible way”.

Giuseppe Sibilla, born in 1963, is a lawyer. Hired in 1989, he carries out his professional career within the Bper Banca Group. He initially held positions of responsibility in the network and then moved to the Business Area in 2008, first as Area Sales Manager and subsequently as Territorial Director of Parma, Piacenza and Cremona. From the beginning of 2013 to the end of 2015 he was Deputy General Manager and Business Area Manager at Banco di Sardegna and from 2016 he held the position of General Manager of Bper Credit Management. In 2021 he was appointed head of the Emilia West Territorial Department, a position he held until last December.