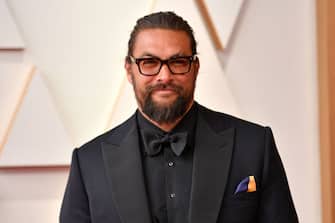 Jason Momoa is the absolute protagonist of Braven – The brave. The actor launched by game of Thrones is now a star and in this film plays the protagonist: Joe Braven. It’s about an ordinary man who, in the hope of spending quality time with his father and his daughter, decides to go away for a weekend in the mountains. It’s just a pity that the family cabin has become unbeknownst to all the base of dangerous drug traffickers

Slumberland, the trailer with Jason Momoa

Stephen Lang lends his face to Linden Braven, the father of the protagonist who is showing the first signs of dementia. Lang was co-director of the celebrated Actor’s Studio and starred in such blockbusters as Avatars

Cameron is ready to finish Avatar with the third film

Jill Wagner is Stephanie Braven, the wife of the protagonist. It is she who suggests to her husband to spend a few days in the mountains, without losing sight of him

Drug dealer Hawlett takes the form of Zahn McClarnon. The actor seen in Doctor Sleep he is the main antagonist’s right hand man

The villain of the film is Kassen. The character played by Garret Dillahunt is the leader of the traffickers

The very young Sasha Rossof is Charlotte, the daughter of Joe Braven

Former Canadian rugby international Glenn Ennis here plays the mercenary Ridley, who is also an obstacle for our protagonists

Essington is also a mercenary in league with Klassen. Plays him on screen Teach Grant

Sala Baker is also part of the gang. The Sauron of The Lord of the Ringsi here is mercenary Clay

Brendan Fletcher as Weston, a co-worker of Joe’s. He refuses to get involved with Hawlett