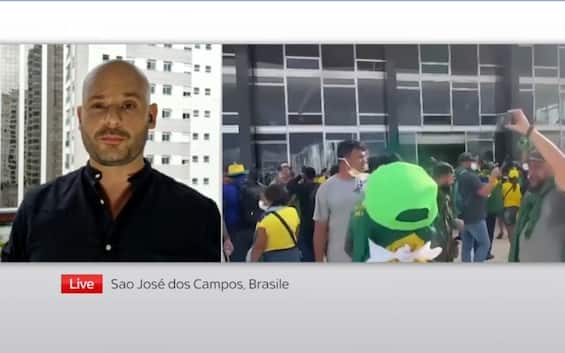 Tensions are skyrocketing in Brazil where supporters of former president Jair Bolsonaro, who do not accept the victory of new president Inacio Lula da Silva, have stormed the buildings of the state’s top institutions in a raid reminiscent of two years ago on Capitol Hill in Washington by Trump fans (PHOTO). Police used tear gas to try to push back thousands of people but managed to break through the security cordons around the parliament in Brasilia at the end of a demonstration in support of the former president. Many managed to climb the ramp of the building to occupy the roof and from there they entered the interior (FOLLOW THE NEWS IN REAL TIME).

The Bolsonarists also attacked the Planalto building, the seat of the Executive and, according to what is reported by the channel ‘CNN Brazil’, also the building of the Supreme Electoral Tribunal (TSE). The seat of the Supreme Court was also attacked. The incumbent president, Luiz Inacio Lula da Silva – who is not in Brasilia at the moment but is in the state of Sao Paulo visiting some flooded areas – convened a security meeting decreeing a federal intervention against ‘fascist vandals’ ( THE VIDEO OF THE CORRESPONDENT OF SKY TG24).