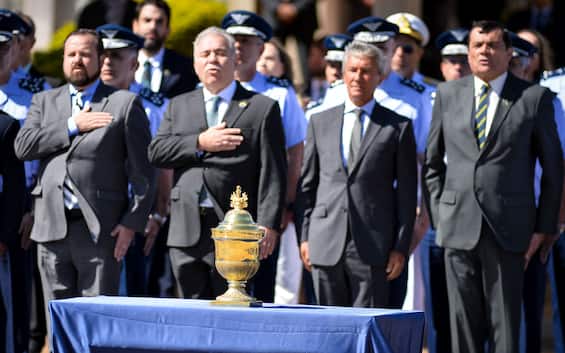 On 7 September, Brazil will celebrate the bicentenary of its independence. In view of this holiday in the South American country, the embalmed heart of the first emperor, the Portuguese sovereign who recognized the independence of the Brazilian state, arrived. The heart of Peter I, contained in a golden urn, was welcomed in the capital Brasilia with the ceremonial reserved for foreign heads of state. A blast of cannons welcomed the relic, in the presence of President Jair Bolsonaro.

The embalmed heart of the first ruler of the Brazilian Empire, Dom Pedro Ier (1798-1834), arrived in Brasilia aboard a Vc-99 Brazilian Air Force plane from Portugal, where the 187-year-old relic is currently preserved. Peter I was emperor of Brazil from 1822 to 1831: initially moved to the South American country as representative for the ruler of Lisbon, Pietro, to the sound of “Independence or death!”, He proclaimed himself Emperor of Brazil on 12 October 1822, the day of his 24th birthday, and was crowned the following December 1st. Since then, Brazil has celebrated its independence by celebrating the emperor who made it possible.