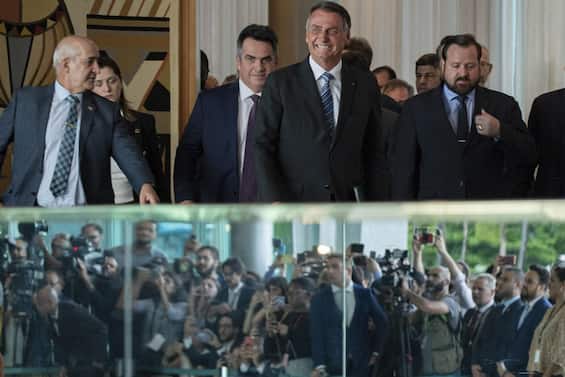 The outgoing president of Brazil Jair Bolsonaro broke the silence almost 48 hours after the ballot that saw the victory of Luiz Inacio Lula da Silva. The conservative leader did not explicitly acknowledge his challenger’s victory, but he authorized the transition. In the past few hours, Bolsonaro’s silence has fueled tensions in the country, with his supporters taking to the streets to protest the election results and creating roadblocks.

Bolsonaro’s speech lasted less than three minutes. “Our dream continues, more alive than ever,” he said at a press conference from the Palacio do Planalto in Brasilia. “We are for order and progress. I have always been labeled as undemocratic while moving within the Constitution,” he added. And he stressed that he “will continue to obey the Constitution”. Bolsonaro then thanked “the 52 million voters who voted for me on October 30”. Speaking of the roadblocks of his supporters, he then explained that they stem from “a feeling of indignation and injustice over the electoral process.” “Peaceful demonstrations will always be welcome, but our methods cannot be those of the left”, he concluded.

After Bolsonaro, Minister Ciro Nogueira, chief of staff of the outgoing president, took the floor. He explained that the Brazilian government has agreed to start the transition with Lula. He then announced that the outgoing president has authorized “to initiate the transition”. The transition process “will begin in compliance with the law,” Nogueira added, stating that he was authorized to issue the statement by Bolsonaro. The transition, he specified, will begin on Thursday, when Lula formalizes the name of his vice president, Geraldo Alckmin.