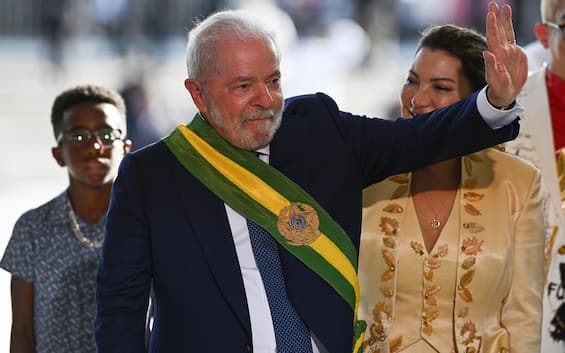 Luiz Inacio Lula da Silva was sworn in today in Parliament as the new president of Brazil. Lula, former president for two consecutive terms between 2003 and 2011, succeeds the ultra-conservative Jair Bolsonaro. This is the first president in the history of Brazil elected for a third term. In his first speech before the United Chambers, he celebrated the “victory of democracy” which allowed him to win the October elections, despite the “threats” of the extreme right which still does not accept his triumph. “If we are here, it is thanks to the political conscience of Brazilian society,” Lula told Parliament after being sworn in. “Democracy is the big winner”, which has “surpassed” the “most violent threats to the freedom to vote,” he said, referring to the campaign against the voting system unleashed by now ex-president Jair Bolsonaro, whom he defeated in the election of October.

Man arrested with knife and explosives

The inauguration ceremony was accompanied by an exceptional deployment of the security forces in the face of the danger of a new attack and threats received from fanatical supporters of the outgoing president, Jair Bolsonaro. Confirming the concerns of the authorities, during the day a man in possession of a knife and explosives was blocked by the military police of the Federal Department at the entrance to the celebration area. The man was intercepted thanks to the searches that are carried out on all the people participating in the celebrations.