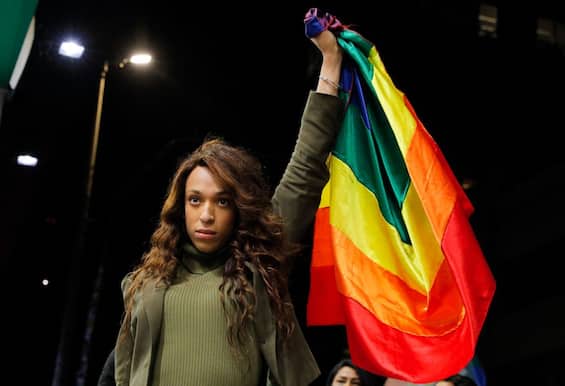 Millions of Brazilians voted for the Federal Congress. For the first time in the country’s history, transsexual candidates have been elected. These are four women who come from formations of left and that promise battle within the institutions. A turning point that took place exactly thirty years after the first Brazilian transsexual woman entered politics.

Erika Hilton29 years old and Duda Salabert, 41, will sit in the House of Representatives starting in 2023. It was never before that trans people were elected to Congress. The first is part of the Partido Socialismo e Liberdade. The second ran with the Partido Democrático Trabalhista. Both are not in their first political experience, but have already held roles at the level municipal respectively in the Câmara de São Paulo and Belo Horizonte, as well as having a past as activists for rights. On Sunday they made the big national leap. They will represent their federated states in Brasilia starting in 2023. They are not the only ones. With them they will also be there Carolina Iara And Dani Balbi, always at PSOL altitude. Balbi had already achieved another academic record, becoming the first trans professor of the Federal University of Rio de Janeiro.

In a relationship theAssociação Nacional de Travestis and Transexuaiswhose motto is “Resist to Exist, Exist to React”, had already signaled during the electoral campaign a significant increase in candidates LGBTQ +: 44% more than in 2018. It went from 53 in the running in the previous electoral round to 76 in the one that has just ended. Most were “transvestites and trans women” (88%). “We will trans-form politics together (…)!”Wrote Linda Brasil with a play on words. She is also part of the small pioneer group. The enthusiasm of the deputies who will take office in January is, however, dampened by the analysis of the aforementioned association which commented on the results, underlining that the number of elected representatives is still “low”, albeit of great symbolic importance. This historic turning point took place exactly thirty years after the election of Kátia Tapety in the municipality of Colônia do Piauí, recognized by all as the first Brazilian trans policy. Thus was born the trans Movement.