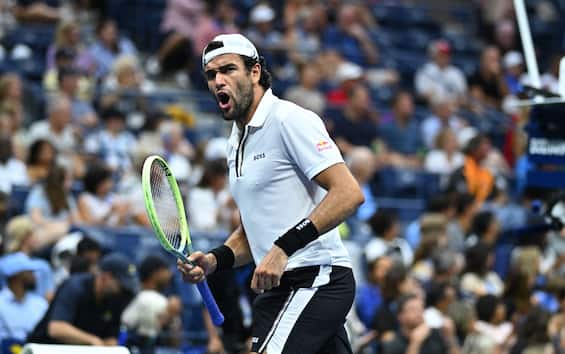 Breakpoints it’s the umpteenth Netflix docuseries which, this time, is focused on tennis, and will be available from 13 January (also visible on Sky Q and via the app on the Now Smart Stick) . It was created by the same producers who brought the docuseries to the streaming platform a few months ago Formula 1: Drive to Survive, which achieved some success with the public. The pattern is always the same followed by all docuseries that have like protagonists of sports teams or individual champions: characters who have appeal to the public are chosen and from there we start to build a story following the protagonist on and off the competition field and from the changing rooms. Breakpoints is no exception, as demonstrated by the trailer announcing the charming one among the protagonists Matthew Berrettini.

The sense of Breakpoints

Breakpoints has chosen to follow some tennis players particularly loved by the environment and by the fans, focusing above all on the generation of new champions. Each of them, as can be seen from the docuseries, has the goal of climbing to the roof of the tennis world, climbing the rankings with victories in various international tournaments. Obviously, as with all challenges, even that of tennis players is not so simple and you have to wind your way through various obstacles, such as injuries that can jeopardize an entire season, if not a career. Dramas, emotions and joys alternate in the story of Breakpoints in an up and down of sensations that alternate in the narration of the life of the champions.

The protagonists of Breakpoints they are numerous but Italian also appears among them Matthew Berrettini, which followed in what was not one of his best seasons due to an injury that marred his preparation. It was Berrettini himself who announced his presence by sharing the photo of the docuseries on his Instagram profile. In addition to Berrettini, in the roundup of great champions followed by Breakpoints there is also the Canadian Felix-Auger Aliassime, who declared: “For me the main objective of this series is that it can help tennis to have more visibility. It would be great if we see an increase in the number of fans.”