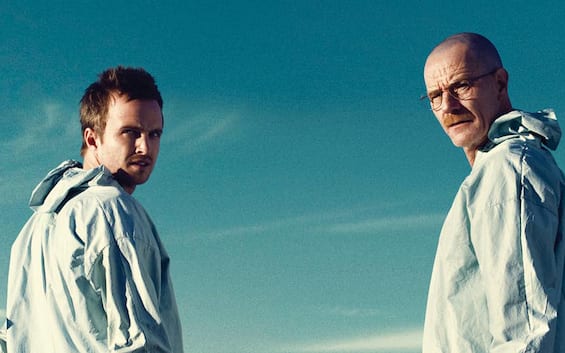 When Bryan Cranston achieved success with the character of Walter White for at least a generation that exploit was somewhat alienating. Many of those who had grown up at the turn of the 1990s and 2000s in fact associated the actor’s face with the character of Hal in the sitcom. Malcolm and they found it hard, at least at first, to recognize him in the role of the increasingly ruthless chemistry professor. Surely the unsettling effect at the time would have diminished if even breaking Bad it was not such a dramatic and dark show but, indeed, a series full of laughs. Whoever on YouTube turned Walter White and Jesse into two comedy characters, complete with fake laughter accompanying their jokes, must have thought that too. A mash-up operation that is anything but unprecedented but certainly hilarious.

Some time ago, a trailer in which you could see a Jerry Seinfeld rather different than usual had made a sensation on the web. The character who gave the name to the hit sitcom of the same name was in fact transformed in the film into a man full of inner conflicts thanks to a good editing job and the melancholy background music of Beggars of Thrice. Who has aimed to make a process in some ways contrary, by transmuting breaking Bad in a fun and harmless early afternoon series, it was even more ambitious. In fact, he did not limit himself to uploading a preview on YouTube but rather built a couple of episodes from scratch. He did so by even creating a cheerful theme song and opening titles in tune with the context, thus helping to understand what the already obvious references to the operation were. In these short segments, interspersed with the inevitable recorded laughter, Walter White and Jesse become the classic archetypes of parent and child who struggle to understand each other. No methamphetamines and no drug dealing, those moments full of tension become harmless daily bickering thanks to a bit of multimedia “cut and sew”. breaking Bad is distorted to become a sitcom in which to review the misunderstandings of every day, so much so that at times it almost seems to be in front of the epigone of a show like That Daddy Hurricane. It is no coincidence that whoever made the video played to put the logo of the company at the bottom ABCa network responsible in the nineties for various products created to stimulate laughter such as the one mentioned above.

If to see the protagonists of breaking Bad fighting over the keys with hilarious jokes isn’t enough for you, YouTube is teeming with similar experiments. Sometimes it takes very little to completely change the tone of a story on the screen and to prove it there is also the story of the police department “born” of The Walking Dead. In the latter case, already in the opening theme, in which you can see men in uniform ready to shoot and normal family moments, you can get an idea of ​​how even a zombie tale can be “overturned”, turn into a series with Chuck Norris as a potential guest star. Then add the soundtrack, which seems to be taken directly from the soundtrack of Law & Order, and you will have a product that can make you feel false nostalgia for something that doesn’t really exist. The feeling is in fact that of having to deal in these cases with truly vintage products, also due to the fact that those who create everything often do things right, not even skimping on pleasant vintage effects capable of recalling the it was old CRT TVs. And what series would you like to see reinvented? You too are looking forward to it Gomorrah turned into a Friends in Neapolitan sauce?