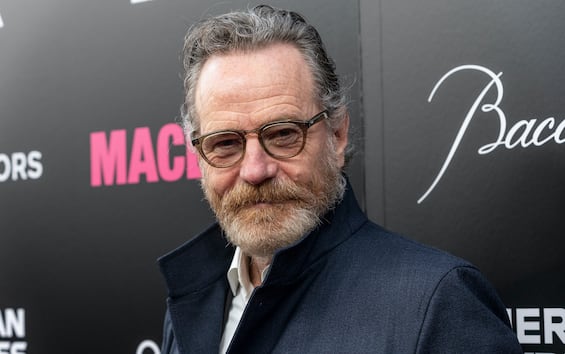 Sui big screens of the neighbor Super Bowl LVII which will take place in February 2023, as every year, some trailers and commercials also related to the world of cinema and TV will be broadcast. Entertainment Weekly!waiting for the event, shared on the web a first image of the PopCorners by Frito-Lay commercial who finds the protagonist of breaking Bad interpreted by Bryan Cranston. The iconic Walter White is ready to return to action, or rather “is about to welcome snacks too” as stated in the article together with the photo published on Twitter showing a figure in dim light who looks familiar and holds a bag of “White Cheddar PopCorners”.

“We are excited to bring back to the screens one of the most famous shows ever to tell for the first time to the Super Bowl the history of PopCorners… And we can’t wait to see fan reaction to who and what is coming!” said Frito-Lay VP of marketing Rhasheda Boyd. promotional and commercial reasons, the team of the beloved series that ended a few years ago could reunite on the occasion of the sporting event followed with great participation from all over the United States of America. The details on the spot are top secret.

Do you remember Walter White?

In breaking Bad Bryan Cranston starred Walter Whitea chemistry teacher who begins to traffic and produce methamphetamines under the name of Heisenberg when he discovers he has an incurable tumor. To help him in his criminal enterprise Jesse, a boy who lives for the day and has been working in the world of drugs for a few years. Created by Vince Gilligan, this series develops over five seasons and has won 16 Emmy Awards. Also in the cast were Giancarlo Esposito, Bob Odenkirk and the spin-off series was also made Better Call Saul which delves into the history of the latter’s character.