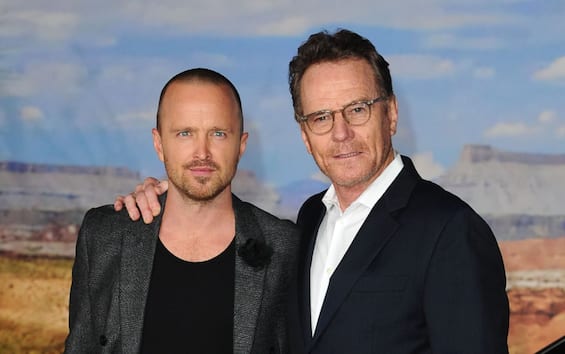 The relationships between Bryan Cranston And Aaron Paul Of breaking Bad they have never tasted so good. Their characters are among the most loved of TV series, but evidently an extraordinary friendship was also formed on the set, which prompted them to go further and cultivate the relationship even outside the workplace. The sighting of the two in Mexico, but also the entrepreneurial initiative undertaken as a couple. But that’s not all, because the two actors will soon be in a commercial broadcast during the Super Bowl, the most important sporting event in the United States.

The sightings of Cranston and Paul

The two actors seem to be particularly fond of sports. The sighting of Bryan Cranston and Aaron Paul, in fact, occurred during an NBA league game between the Houston Rockets and the Charlotte Hornets. The two were seated on the sidelines and certainly did not go unnoticed. Cranston and Paul spent some time together in Oaxaca, Mexico a few days earlier, where they promoted their new venture, a metzcal liqueur. Marketed under the Dos Hombres label, the liqueur seems to be enjoying real success on the market, as evidenced by the many meetings the two actors had, who exchanged handshakes and took photos with dozens of fans who flocked to meet them. Impossible to tell if the hype is for their role in breaking Bad or for the endorsement of their metzcal. As a matter of fact, that week in Mexico for Bryan Cranston and Aaron Paul was as successful as they have been documented themselves on Instagram.

In reality, a first reunion already took place weeks ago for the two actors, as it was announced that Bryan Cranston and Aaron Paul recorded the PopCorners commercials, of which a first trailer has already been shown in preview. Frito-Lay has chosen the two protagonists of breaking Bad for the promo video that will be aired during the most watched television evening in the United States, that of the Super Bowl.