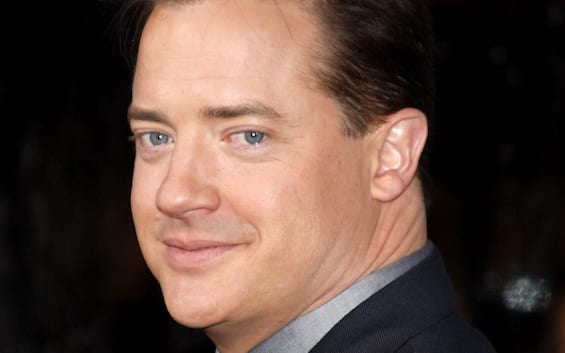 The set of Skunks to the rescue it doesn’t seem exactly the ideal one for a deep reflection on one’s professional path. Yet just as he was making this environmental family comedy Brendan Fraser he realized that maybe his career was going in a different direction than he wanted. It was at a precise moment during the making of the film that the star de The Mummy for the first time he considered whether to leave the recitation or at least stop for a moment. It was 2010. Now Fraser is experiencing an incredible artistic renaissance. which almost resembles a Hollywood fairy tale, thanks largely to her role in The Whale, but he has not forgotten those moments of difficulty and confusion. You spoke about it during a round table organized by theHollywood Reporters.

A man who is not afraid to appear fragile

Brendan Fraser he was just one of the actors present at the debate, alongside him were other big names such as Colin Farrell, Adam Sandler and Austin Butler. He could have hidden his frailties in front of his colleagues, perhaps a similar attitude would have paid off in a ruthless world like that of American cinema, but the actor of Looney Tunes Back in Action he’s not one to mask his emotions or censure his weaknesses. We understood this just a few days ago, when his speech in tears (of joy) after the victory at the Critics Choice Awards. On that occasion a moved Fraser thanked everyone, even the critics, without however lacking in irony in doing so: “Henry Melville once wrote: ‘There are only 5 critics in America, the others are asleep’. I’m glad you woke up for me. But where were you for Skunks to the rescue?”. The punchline that brings up the light film directed by Roger Kumble bit is not accidental, given that that work was certainly in its own way a turning point in the career of the interpreter.

the IMPORTANCE OF KNOWING TO PAUSE

Brendan Fraser remembers pretty much exactly when on the set of Furry Vengeance (this is the original title) had the first doubts whether to continue with an acting career. The scene had been shot at night: his character, after being manhandled by a bear, found himself in a portable toilet upside down, wearing “a lot of Gatorade and stuff” that got on his head . “That’s where, thinking quickly about my career, I asked myself ‘Is it worth it?’ Or maybe I should rethink my priorities and stop working with animals?” Physical problems and not only would have forced Brendan Fraser to take a forced break but, even then, he was thinking about the fact that perhaps the time had come to rethink his own existence: “I decided to take a step back for various reasons including also the fact that things weren’t going as I expected, also and the business had changed to the point where it lost its ‘wow’ factor in my eyes. By now it seemed that everything imaginable was possible, as we have seen in Everything Everywhere All At Once”, the star told the audience. Fraser didn’t want to give up entirely on his dream but he was exhausted, almost inevitably defeated and without energy. He lacked that sacred fire that would have made him accept everything, even ending up upside down in a chemical toilet. In the end that long stop imposed above all by other external causes was almost a sign, a necessary evil but which turned out to be useful in some way: “I knew that I shouldn’t cut ties with that dream, but I had to start from scratch, go back to feel the hunger to tell stories. I had time to reflect, to get back to heart the stories that I would be part of or that I would be lucky to tell, I started to feel their importance again”. After the break there was no longer the erased sheet waiting for the actor, it had finally been crumpled up and replaced by another untouched one: Brendan Fraser could start writing his story again, perhaps starting from that highly anticipated film he has in his title again the name of an animal. This time, however, fortunately, in The Whale Of Darren Aronofsky there are no real whales to deal with and bear times of Skunks to the rescue they finally seem behind.