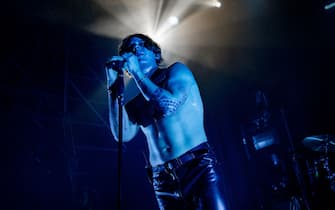 WATCH THE VIDEO: Brescia Summer Music 2022, all the singers

Achille Lauro finally returns to perform live this summer with a completely renewed show that includes a band of five members plus another fifty-two elements. The live is set for 8 July in Campo Marte

Tommaso Paradiso brings his to Brescia Tommy Summer Tour 2022. The concert is on July 10 in Campo Marte

Tommaso Paradiso, the video of the new song It rains in the disco

The concert of Ermal Meta is scheduled for July 13 in Campo Marte. The artist wrote about him on social media that he lacked nothing like performing live in front of his fans

Tomorrow is forever, Ermal Meta’s novel will become a fiction

On 15 July at the Campo Marte Arena is the evening dedicated to the music of Marracash. The King of Italian rap will sing his last two albums, Person And We, them, the others

Antonello Venditti and Francesco De Gregori will be the absolute protagonists of the live on September 5th. An unmissable date for the fans of the two great Italian songwriters, together for an extraordinary tour