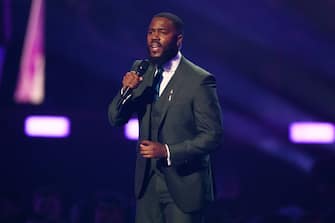 The Brit Awards will be held on Saturday 11 February. Mo Gilligan will return to host the event for the second consecutive year

Since the 2022 edition, the organization of the BRIT Awards has abandoned the distinction between male and female categories, but some British tabloids have pointed out that this year the majority of nominated artists are male. Leading the list with the most nominations were Harry Styles and duo Wet Leg with four each

The most anticipated concerts of 2023: from Coldplay to Harry Styles. PHOTO

Great attention on the issue of equality was raised in 2021 when the Little Mix triumphed as a British Group, becoming the first female formation to succeed in this feat in forty-three years. During the awards ceremony Perrie Edwards, Leigh-Anne Pinnock and Jade Thirlwall took the stage to talk about the difficulties encountered as a girl group, garnering applause from many artists

Little Mix, the last concert before the break will be live streamed

British Album of the Year: Being funny in a foreign language of the group The 1975, Wet Leg by the duo Wet Leg, Harry’s House by Harry Styles, This Is What I Mean by Stormzy E Actual Life 3 (January 1 – September 9 2022) by Fred Again

Song of the Year: Baby by Aitch & Ashanti, go by Cat Burns, Starlights by Dave, Merry Christmas by Ed Sheeran and Elton John, BOTA (Badest of Them All) by Eliza Rose & Interplanetary Criminal, Green green grass by George Ezra As It Was by Harry Styles, Forget Me by Lewis Capaldi Afraid to Feel of the LF Systems e Unholy by Sam Smith & Kim Petras

BRIT Awards 2022, all the winners: from Ed Sheeran to Adele

Calvin Harris, the new song is By Your Side with Tom Grennan

Stormzy: David Beckham, Gordon Ramsey and Lewis Hamilton in the video that marks his return

Rising Star: the result of this category has already been revealed. The winners were Flo, also candidates Cat Burns and Mia Archives

Taylor Swift’s cat has a fortune of $97 million

Best International Song: Break My Soul by Beyoncé, I’m Good (Blue) by Davide Guetta and Bebe Rexha, Peru by Fireboy DML & Ed Sheeran, We Don’t Talk About Bruno from the movie soundtrack Enchanted, ABCDEFU by Gayle, Ffirst Class by Jack Harlow About Damn Time by Lizzo, Where Are You Now of Lost Frequencies & Calum Scott, I Ain’t Worried of OneRepublic, Anti Hero by Taylor Swift

Lizzo, the singer would like to make a song with Adele: “He’s my idol”