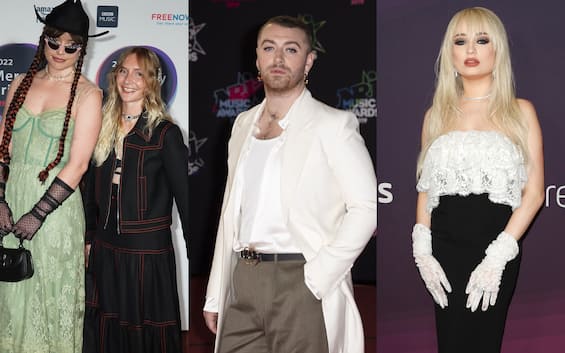 Saturday February 11 Mo Gilligan will host i BRIT Awards 2023 live from the stage of London’s The O2 Arena. After the announcement of the nominations (PHOTO), the organization announced the first performers of the evening, or Sam Smith, Kim Petras and the Wet Leg.

Curiosity for the event that rewards British artists who have distinguished themselves in the last twelve months is growing, also giving space to international stars with the appropriate categories International Artist of the Year, Best International Song And International Group of the Year. Over the years the BRIT Awards have given audiences unique and mind-blowing performances, such as that of Little Mix with Black magic in 2016 and that of Adele (PHOTO) with Drink Wines in 2022.

The organization of the show has now announced two couples who will have the task of inflaming the show, the first will be the one formed by Sam Smith And Kim Petrastopping the charts with the collaboration Unholy.

Then the British duo was present Wet Legformed by Hester Chambers and Rhian Teasdale.

Great anticipation for the names of the winners. Leading the nominations are Wet Legs, tied with Harry Styles (PHOTO), returned to the market with the disc Harry’s House containing world hits As It Was, Late Night Talking And Music for a Sushi Restaurant.

Among the various categories, the British singer is nominated as British Artist of the Year along with Central See, Fred Again, George Ezra and Stormzy.

The Wet Legs will instead compete for victory as Best New Artist with Rina Sawayama, Kojey Radical, Mimi Webb and Sam Ryder.