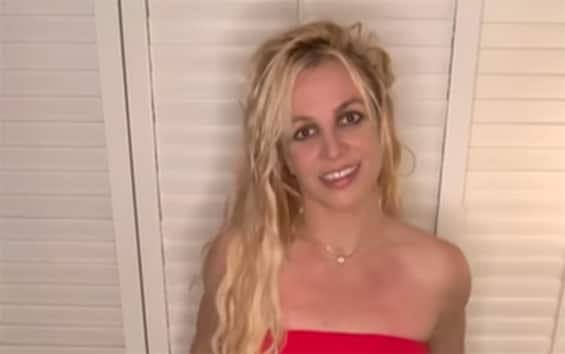 The glories of the early 2000s are long gone Britney Spears, which worries his fans more and more. The singer, who recently won the lawsuit against her father, who acted as her guardian, would now be free to be herself again, with all the consequences of the case. Close people claim that the singer would now be out of control and her recent social appearances would not seem to deny these rumors. Britney Spears has returned to the limelight for the latest news posts published in his profile. But there’s more, because on Instagram she also has changed name: it is not clear whether the change is only with regard to his profession or if, instead, he has decided for a radical change in his identity.

Wearing a top with a red shorts branded Coca-Cola, in fact, Britney Spears danced to the tune of Attention, song by Omah Lay and Justin Bieber. And it’s not so much the ballet that leaves those who have seen it dumbfounded. What has particularly struck is that, if in the user name the singer has kept her name, i.e. Britney Spears, in the description of her profile this has been replaced by River Red. What does it mean can have? Impossible to say, at least at the moment, because the singer has not provided any indication or explanation for this change. The name River Red appears to refer to red planet, Mars, as Britney Spears wrote in a subsequent post, in which she claims to have found her way thanks to a childhood friend who would have shown her the way. The post is a sequence of sentences that are difficult to understand, but the reference to Mars seems to be clear: “Fire is where it lights up… Stare at it and jump without fear!”.

Below the post where she dances in her Coca-Cola top it reads: “I was at my aunt Susy’s house and we made three cakes for mass this Sunday. I’ve heard that men prefer cherries and women prefer bananas. Either way, news of me shines on the news and then it exploitation from my past is a clever way to make me look like a pretty woman that we can look at and say, “Awww.” My neighbor says I’ll pay for it for the rest of my life.” Then, the singer continues: “I’m sorry dear friend, but if you ever tasted my cake … I could finally deliver it with my beautiful c…”.