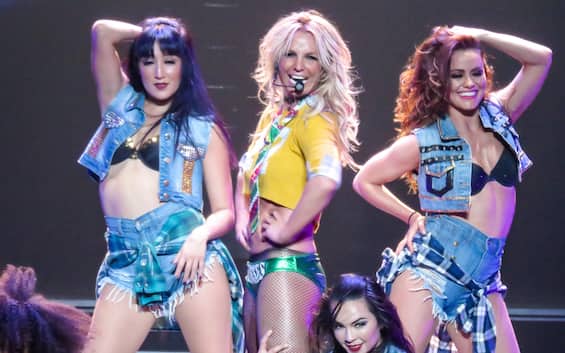 The end of the conservatorship marked the beginning of a new chapter in the life of the Princess of Pop. Britney Spears he attracted a lot of media attention for some posts recently published on Instagram in which he explained how he did not feel comfortable on stage.

A process that put an end to a situation that limited the pop star’s freedom for many years. Britney Spears entrusted her Instagram profile with a long reflection in which she also spoke about Christina Aguileraundisputed protagonist with her of the pop scene.

As reported by Rockolthe singer wrote a message, now deleted, in which she announced that she was traumatized by the past and had no intention of returning to perform.

In addition, the voice of Gimme More shared a post that initially received some negative comments as it was apparently critical of Christina Aguilera. The singer talked about how uncomfortable she felt on stage as she was surrounded by dancers not personally chosen. “

After some negative criticism, the singer explained that she never intended to attack Christina Aguilera, sending her a message of affection.

The pop star wrote: “Don’t you think my confidence would have been better if I could have chosen where to live, eat, who to call on the phone, who to hang out with and who to have on stage with me? Sometimes it’s hard now that I see how much of my femininity has been stripped away at that time and how every single person stood still without doing anything “.

Later the singer added: “I had absolutely no intention of criticizing Christina’s beautiful body.”

Britney Spears explained: “I once went to see her show and the main thing I noticed was the difference in our people on stage! I didn’t even mention Christina, check out my post! I was inspired by her show and she is a beautiful powerful woman. Thanks Christina for inspiring me!“.

The singer added: “I feel like my family knows I am insecure and that people are purposely trying to feed this insecurity by not letting me choose the people on stage with me. I appreciate that all of you are understanding with me while I try to understand this new life that I am living! ”.