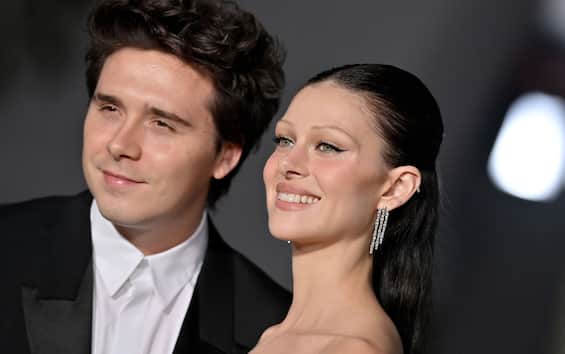 There is no good blood between the Beckams and the Peltzs and the voltage stay high even on Halloweena period that in the Anglo-Saxon world is traditionally dedicated to fun and masked parties, as evidenced by choice of costumes really significant of Brooklyn Beckham and Nicola Peltz, special guests to a party in West Hollywood. The two offspring, who became husband and wife last spring, opted for a couple costume and for one night they turned into Romeo and Julietthe protagonists of the most thwarted love in history.

Romeo and Juliet for a Halloween party

If the media and the tabloids do not miss the opportunity to highlight the discord that seems to be spreading between the Beckhams and the Peltzes, the young Brooklyn and Nicola, in turn, took advantage of Halloween to clarify your position in the feud that affects their respective families by stepping into the shoes of the two famous Shakespearean characters, universally recognized as a symbol of a tragic love.
Tragedy aside, the two lovers showed off their attractiveness at the Halloween party of Tings Magazine that every year gathers a large number of stars in West Hollywood. It goes without saying that the couple, always very photographed, attracted everyone’s attention also for the care with which the disguise was made.

The Y2K inspiration of Nicola and Brooklyn

Attentive to fashion and trends, Nicola and Brooklyn have put aside classic inspiration to give life to the twentieth-century version of the two characters, specifically the one conceived by Baz Luhrmann director of Romeo + Juliet by William Shakespeareadaptation for the big screen of the classic tragedy of 1996. The film, which at the time made the fortune of the protagonists Leonardo DiCaprio and Claire Danesbecame a cult thanks to its captivating aesthetic and the costumes of the two actors so recognizable as to become a perennial inspiration for more than a generation not only on Halloween – recently the white and winged Juliet costume has been reprized in Euphoria, worn by Hunter Shafer. In a season in which the symbols of turn of the millennium pop culture are back in the limelight, Brooklyn and Nicola, exponents of Gen Z, could only refer to this myth to make their appearance even more glamorous.

The Beckhams and the Peltz, families

With their interpretation of Romeo and Juliet the young spouses certainly wanted send a signal to their families involved in a controversial media dispute since their Palm Beach wedding celebration in April. At the center of the discussions was the bad relationship between Victoria Beckham and Nicola Peltzthe latter accused by the mother-in-law of being the cause ofremoval of the young Brooklyn from his family of origin. After a season of unhappy cross-statements, the Beckham family, the English and American branches, gathered in Paris for the October Fashion Week, an event that marked the debut of Victoria Beckham’s collections in the Parisian fashion calendar. In the front row, to applaud the designer, also Nicola and Brooklyn whose presence made us imagine that the serene was back among the women of the family.