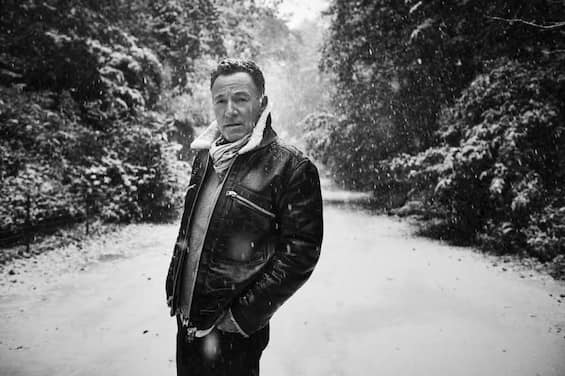 Nebraska it wasn’t born to be a hit, recorded in an almost homemade hurry by Bruce Springsteen. Legend has it that it was difficult to pour that music onto disk, as if it refused to reach everyone. Even the radios that praised the Boss’s previous album, The River, they resisted the idea of ​​programming pieces of work that had so little to do with the 1980s. Yet, forty years later, Nebraska is recognized by its author as “his best album” and continues to fascinate audiences and critics. The tormented history of this masterpiece is now preparing to become a book, written by that Warren Zanes former author of Petty: The Biography on another rock legend as indeed Tom Petty.

Deliver Me From Nowhere: The Making of Bruce Springsteen’s Nebraska will be released on May 23, 2023 in the United States and was presented by its author as the story of a unique work, one of those records that “stay with you” forever. According to Zanes, Nebraska it succeeds because “like no other album it always reveals new truths. Though imperfect, unfinished, full of life and problems.” This 1982 work reflected precisely the difficulties of Bruce Springsteen, in the midst of a complicated period despite the fact that from the outside everything seemed to be going swimmingly. “Debts paid off, career well underway: there were all the conditions for a free and easy life, too bad I’m not a free and easy person”, the rock star will say in his autobiography. His creativity was reaching a real peak and it seemed that producing songs for him was almost as easy as breathing. Everyone had loved The River, no one had complained about its length even though it was a double album. People probably would have appreciated it even if Spingsteen had finally decided to put all the almost forty songs that he had written during the recordings into that work. Yet the singer was not serene at all, he was actually almost on the verge of a nervous breakdown that he would only confess a few decades later. Many have talked about Nebraska like the darkest record of Springsteen’s career when maybe it was just the saddest. The world of the Boss was in black and white, like the photo on the cover, with no color. The ghosts that emerge from those sparse and bare songs in the arrangements were those of the Boss.

“The ghosts of Nebraska they came from the streets where I grew up. My family, Dylan, Woody, Hank, the gothic tales of Flannery O’connor, the noir novels of James M. Cain, the sober violence of the films of Terrence Malick…”, the singer will confess. Young rage (in original Badlandslike a Springsteen hit) was probably the Malick film that best conveyed the emotions behind Nebraska. The album contained all the author’s references of born to run, inserting between the folds references to cinema icons such as James Dean or to writers like Faulkner. Perhaps the publisher of is right Deliver Me From Nowhere: The Making of Bruce Springsteen’s Nebraska when he goes so far as to say that the album “is undoubtedly Springsteen’s most important record, if you try to understand not only the artist’s career and the vision behind it, but also the man.” This work is really “the main clue” to understand the Boss and it is despite the fact that the disc is essentially a collection of stories. Each song returns a microcosm and is a portrait of a character that could easily meet with that of the next piece. Yet each protagonist is a piece of the Springsteen puzzle, a patch that will help sew the blanket for him, even when he’s a lifer (as in Johnny 99) or a person sickly obsessed with James Dean (see title track).

Bruce Springsteen decided to tell each story in first person, building a collection of snapshots that only needed to be developed. To do this, the artist decided to follow a non-traditional process, which did not make those songs lose the feeling of being personal accounts. Springsteen called the sound engineer Mike Batlam and asked him to recommend the perfect equipment to be able to record everything by himself: he wanted an intimate sound, a record that you understood was really his to the core. With a thousand dollars he set up a half studio in the bedroom and, in a couple of days, had everything recorded. On January 3rd Nebraska it was already ready, even if the rock star kept that music in his jacket pocket quite a while before deciding to deliver it to the producer Toby Scott. To the latter the songs reached only in April.

A job that grows over time

Springsteen originally wanted the very same sound that he had recorded to be poured onto vinyl. Too bad that, partly because of how the album was born and partly perhaps also because of how that music had been preserved, it seemed difficult to fulfill his wish. Nebraska he almost resisted leaving his homely and intimate dimension before being published. It was a disc destined to remain a cult for the few, so much so that it was substantially ignored even by the same radios that they had loved madly The River. Even the author himself didn’t spend too much money to really promote it, also giving up taking the album on tour after the world tour of The River. In the end even the Boss returned after this interlude to the atmosphere of his best days, recovering the atmosphere of his great mainstream successes with Born in the USA, only released two years later. Nebraska was long almost forgotten, forced to be considered a minor chapter in the rock star’s discography. Yet Springsteen never really stopped loving him and those suggestions periodically returned to his work later on, starting with masterpieces such as The Ghost of Tom Joad (which not surprisingly quoted the protagonist of Fury from John Steinbeck). Nebraska was a UFO, an inexplicable inconsistency in the colorful and excessive world of that decade, but forty years later it has found its place in the world. Perhaps also because the place we live in today is more similar than ever to Bruce Springsteen’s Nebraska.