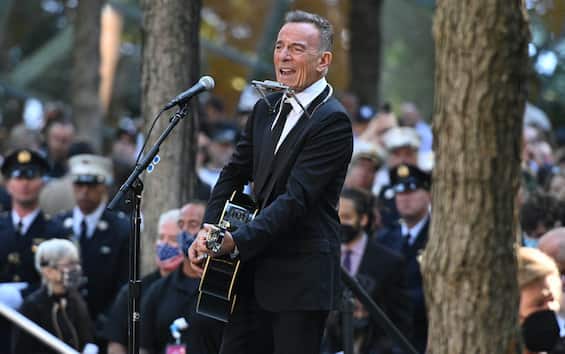 Little is missing now and the fans of Bruce Springsteen await with anxiety and curiosity the new album Only the Strong Survive which contains 15 great soul hits featuring the artist’s voice accompanied by music from The E Street Horns, string arrangements by Rob Mathes and backing vocals from Soozie Tyrell, Lisa Lowell, Michelle Moore, Curtis King Jr., Dennis Collins and Fonzi Thornton. The album will be on sale in CD and Double LP versions online and in stores.

Only the Strong Survive

Starting with the first single Do I Love You (Indeed I Do), the new songs arrive two years after the album Letter To You which is certified as Platinum in Italy. “I wanted to make an album in which to sing and that’s it – comments Bruce Springsteen – And what better music, to do all this, if not the American repertoire of the sixties and seventies? I took inspiration from Levi Stubbs, David Ruffin, Jimmy Ruffin, the Iceman Jerry Butler, Diana Ross, Dobie Gray, Scott Walker, among others. And I tried to do justice to all of them and to all the spectacular authors of this glorious music. My goal is to allow modern audiences to experience the beauty and joy of these songs, as I have since the first time I heard them. I hope you love listening to them as much as I have loved making them ».

Made at Thrill Hill Recording in New Jersey, the new album is produced by Ron Aniello, with Rob Lebret as sound engineer and Jon Landau as executive producer. This new music allows us to pass the wait for 2023 when Bruce Springsteen and The E Street Band will return to play on the road in the United States and Europe for which 1.6 million tickets have already been sold.