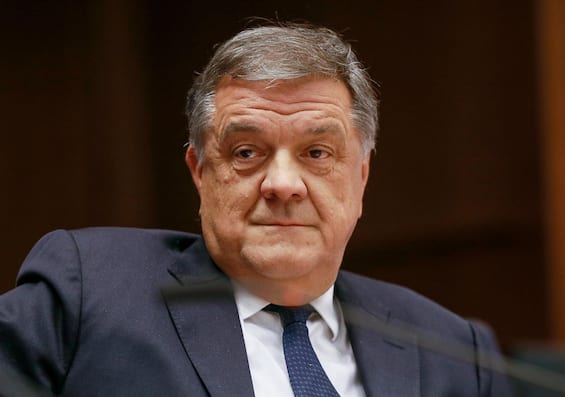 Four people, including the former Italian MEP of the Socialists and Democrats (S&D) group Antonio Panzeri and the secretary general of the International Trade Union Confederation (ITUC) Luca Visentini, were detained as part of an investigation by the Belgian judiciary into a criminal organization “infiltrated the heart of the European Parliament and is suspected of interference in EU politics and of corruption by Qatar”, the country where the World Cup is taking place. This was revealed by the newspapers “Le Soir” and “Knack”, according to which this morning “the federal judicial police carried out 14 searches in various Brussels municipalities, in particular in Ixelles, Schaerbeek, Crainhem, Forest”.

Carried out 14 searches by the Belgian police

The Belgian federal court has confirmed the arrest of four people, including Panzeri and Visentini, under the presumption of their innocence. Those arrested – writes Le Soir – are available to the investigating judge who in the next 48 hours could decide to issue any arrest warrants. As part of the action launched this morning, the police also carried out 14 searches. In Brussels, at Panzeri’s house, according to what the local media write, the investigators found five hundred thousand euros in cash. All those arrested are of Italian nationality or origin. Among them also the director of an NGO and a parliamentary assistant. “The searches – reports the Brussels public prosecutor’s office – were carried out as part of a broad investigation into alleged criminal organisations, corruption and money laundering” which began in the middle of the year.

Who is Antonio Panzeri

Antonio Panzeri and Luca Visentini are two rather well-known personalities in Brussels circles. Panzeri was a MEP for three terms, from 2004 to 2019. Originally from Bergamo, a member of the DS leadership, Panzeri was elected to the Eurochamber on the United in the Olive tree list and was reconfirmed in Strasbourg at the 2009 European elections. In 2014 he was he was elected MEP a third time, on the Democratic Party lists but in 2017 he left the Dems to join Article I. He held various positions in the Eurochamber and was, among other things, president of the human rights subcommittee.

Who is Luca Visentini

Luca Visentini was for several years the point of reference for the European trade unions. He started in the Uil of Friuli Venezia Giulia and in May 2011, at the Athens congress, he was elected confederal secretary of the ETUC, the European Trade Union Confederation, or the confederation of European trade unions. In 2015 he was elected secretary general, also of the Etuc and in 2019 he was reconfirmed. His farewell to the ETUC is very recent: in fact, at the Melbourne congress at the end of November, Visentini won the elections as general secretary of the ITUC (International Trade Union Confederation), the largest trade union confederation in the world. (HANDLE).