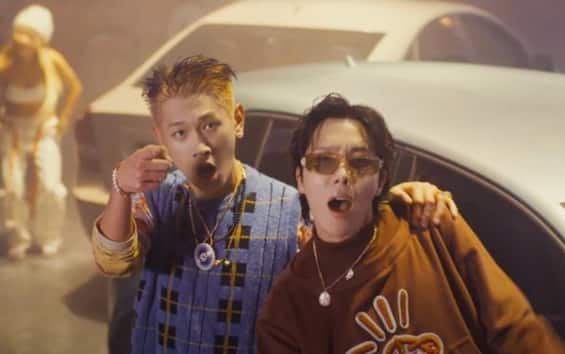 On Thursday 22 September, South Korean cantatas Crush launched their new single through official channels Rush Hour. For the occasion, the artist made use of the collaboration of J-Hope, one of the members of BTS, the most famous South Korean band in the world. The song represents a kind of re-entry on the musical scene for Crushsince it is the first launched after doing military service, which in his country is still mandatory.

The details of the song Rush Hour

In the video of the song we see Crush intent on skating with several street performers, performing different dance numbers in an alley. After starting to sing, here is the entry of J-Hope welcomed by photographers’ flashes. Regarding the collaboration with the member of BTS, Crush said that the decision to sing along with him was natural because they are both following the same musical direction. Last April Crush appeared on the album Psy 9th of the rapper Psyknown for launching Gangnam Style. In August, however, Crush ended his military service and after a month he is already back in the limelight with Rush Hour. BTS members are also expected to do South Korean military service (mandatory enlistment within the age of 30), but their situation is currently on standby. Indeed, the Minister of Defense Suh Wook he had suggested the hypothesis to allow the band to enlist but temporarily leave the service to practice in view of future concerts. On the other hand, BTS are enjoying worldwide success and for South Korea keeping them out of the scene for a long time could actually be counterproductive. Another proposal under consideration, however, would consist in shortening the military service for all international artists from two years to just three weeks. Another unofficial hypothesis but taken into consideration by those in charge.

Crush is the pseudonym born in ’92 of Shin Hyo-seobwhich premiered on April 1, 2014 with Sometimes. Exponent of K-pop, he boasts two records in his career: Crush on You of 2014 and From Midnight to Sunrise of 2019. Among the awards achieved so far there is a Korean Music Awards in 2015 in the Best R&B & Soul Album category, a Golden Disc Awards in 2017 for the same category e 2 Mnet Music Awards for Best Collaboration (2015) and Best Vocal Performance – Male Solo (2016).