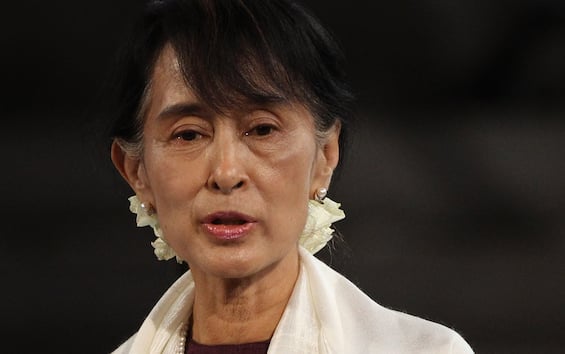 Former Burmese leader Aung San Suu Kyi, Nobel Peace Prize winner, was sentenced by a court of the military junta to another seven years in prison for 5 crimes of corruption, at the end of a “riddled” trial. A judicial source reported it, according to which the 77-year-old woman appeared in “good health” in court.

The accusations against the former Burmese leader

Suu Kyi, given this sentence, will have to spend a total of 33 years behind bars, at the end of a judicial procedure that lasted a total of 18 months. Since the coup d’état of 1 February 2021 in Burma, the former leader has been a prisoner of the junta, in a prison in Naypyidaw. Charges are pending against her for a series of crimes, from corruption to electoral fraud, from violation of state secrecy to that of anti-Covid restrictions. In the trial against her also weigh the accusation of abuse of a position of power for the purchase of land and the rental of helicopters. So much so that, in recent months, she had already been sentenced to 26 years in prison, for fourteen different charges.

The situation in Myanmar

“All of her cases have been concluded and there are no more charges against her,” said the source, who requested anonymity as she is not authorized to speak to reporters, who have also been prevented from attending at the hearings. Since the beginning of the whole process, Aung San Suu Kyi has only been seen once and has relied on her lawyers to convey messages to the world. According to local sources, to date, Myanmar is experiencing moments of tension after a coup d’état and since then more than 2,600 people have been killed in the military’s repression of dissent.