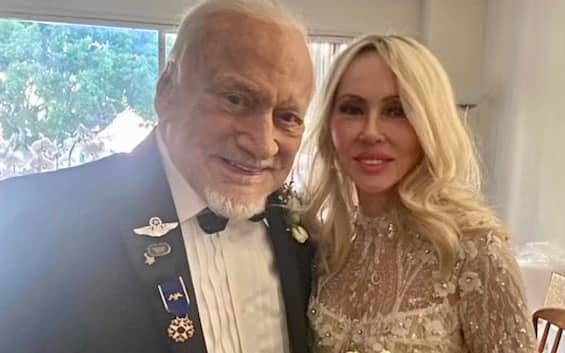 Legendary Apollo 11 astronaut Buzz Aldrin, the second man to set foot on the moon, announced that he got married to his fiancée yesterday, his 93rd birthday. Aldrin and Anca Faur, executive vice president of Buzz Aldrin Ventures, wed in an intimate ceremony with friends and family in Los Angeles.

Fourth marriage for the former astronaut

This is the fourth marriage for the former astronaut. The American media report it. “On my 93rd birthday I am happy to announce that my longtime love Dr. Anca Faur and I have got married,” the astronaut tweeted, attaching a photo of him and Anca Faur, who is 63 years old and is a chemical engineer. “We got married in a small private ceremony in LA and are as excited as runaway teenagers,” the tweet continues.

Only one of the Apollo 11 crew still alive

The US astronaut is the only one still alive from the Apollo 11 mission on July 20, 1969, when Neil Armstrong became the first man to set foot on the moon. Michael Collins, who piloted the command module while his crewmates walked the lunar surface, died in April 2021 and Armstrong is in 2012. Aldrin left NASA in 1971, has since written nine books and founded a think tank called the Human SpaceFlight Institute.