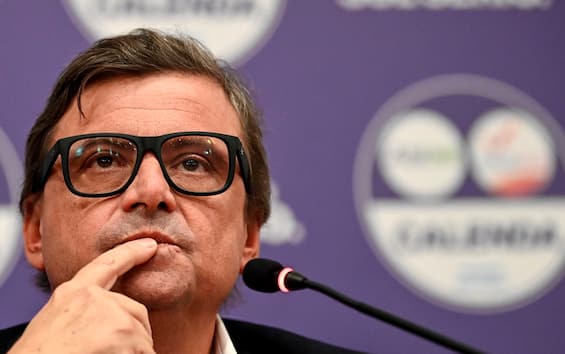 The leader of Action: “That of the center-right is a super contentious coalition, with an inexperienced and incompetent ruling class”. And on presidentialism: “I am against it, but I don’t think there will be time to make a constitutional reform”

The double figures for his third pole did not arrive, but Carlo Calenda in an interview with The print he says he is not disappointed: “We are the only case in Italian history in which a political movement born in a month has gained almost 8%, 2 million and 200 thousand votes,” he explains. The electoral flows say “that we have made it through the whole of the Center-North and that we are the most voted by young people”. At 10%, “we came close, finishing only 0.3% behind Forza Italia and only one point below the League, I don’t know if I mean it. For Forza Italia it is the end of a 30-year journey, for us the debut after 30 days – he underlines -. And we took a quarter of the votes from voters who had not voted in 2018, recovering a piece of abstention “. (THE SKY TG24 SPECIAL ON THE ELECTIONS – THE RESULTS – THE STEPS TO HAVE THE NEW GOVERNMENT).

“Letta? He tried to do something halfway”

As for the center-left who arrived divided in the vote, we must “thank Letta, who had to choose between the Draghi agenda or the national liberation committee with the 5 stars. He tried to do something in half, put together the Draghi agenda with the Fratoianni agenda: madness, as the numbers have shown “. For Calenda, the Democratic Party “is now a party in irreversible crisis, it will not be enough to change the secretary”. And there is a right “that will not be able to govern and that, in my opinion, lasts 4, maximum 6 months” because “it is a super contentious coalition, with an inexperienced and incompetent ruling class”. Finally, if Meloni “proposes a bicameral on the Constitution, it will be a duty for everyone to participate and discuss. Then I am against presidentialism, because in the chaos of recent years Mattarella was the only one who has kept the country united. We cannot have in the future all divisive institutions. Anyway, by eye, I don’t think there will be time to make a constitutional reform “.