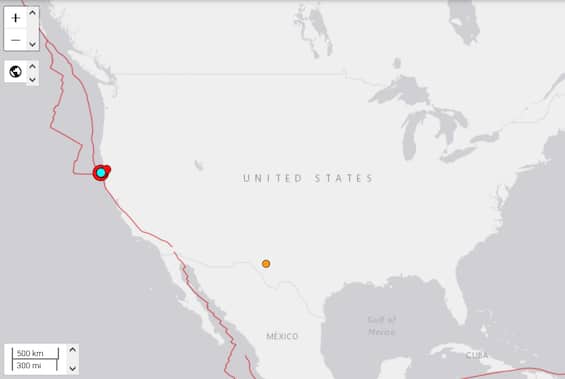 The earth shook on the northern coast of California. This was announced by the US Geophysical Institute USGS which recorded a magnitude 6.4 earthquake 12 km southwest of Ferndale, a town in Humboldt County. The earthquake was located at a depth of about 16 km. For now there are no reports of injuries or victims. The institute also reports seven other minor tremors in the same area, ranging in magnitude from 2.5 to 4.6.

According to initial reports, the violent quake, followed by aftershocks, caused some damage and the interruption of electricity in several counties in Northern California, including San Francisco. On social networks, Californians have left comments and published photos and videos: “This was a ‘big one’, the electricity is cut off in Ferndaleca and the house is all upside down” reads a post. The National Weather Services has not issued a tsunami warning.

More than 50,000 homes in Humboldt County were left without electricity, poweroutage.us reports. The online edition of the New York Times publishes a video taken from the Twitter account of a resident of the area showing numerous objects that fell to the ground in her home following the earthquake. Today’s earthquake follows the 6.2 magnitude earthquake recorded in the nearby town of Cape Mendocino – also in Humboldt County – exactly one year ago: on December 20, 2021.