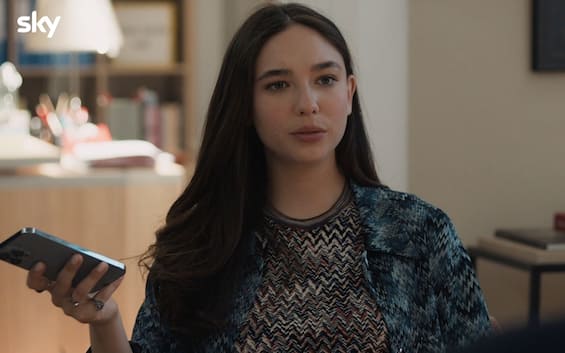 It is shown today in the images of the official teaser CALL MY AGENT – ITALYthe highly anticipated remake of the French cult Dix pour cent (Call My Agent!) from January 2023 exclusively on Sky and streaming only on NOW. A Sky Original series in six episodes produced by Sky Studios and Palomar and written by Lisa Nur Sultan (On my skin, 7 women and a mystery, Battle Study), directed by Luca Ribuoli (I was hoping de died earlier, The mafia only kills in the summer, We)

The vicissitudes of a powerful entertainment agency and the stories of its partners, grappling with the careers of the biggest stars of Italian cinema, for an ironic and irreverent journey behind the scenes of our showbiz. Indeed, in the Italian version, the actor management agency at the center of the story, the CMA (Claudio Maiorana Agency), moves from Paris to Rome, and so the events, between work and private life, of its charismatic agents and their assistants.

Michael DiMauro (Battle Study, The crimes of the Glimmer, Saint Maradona), Sara Drago (The Big Binge, Jezebel, S/HE), Maurice Lastrico (Latin America, Fidelity, Don Matteo) And Marzia Ubaldi (The predators, Suburra – The series, The pupil) interpret the agents of some of the biggest names in the Italian entertainment world, all grappling with tragicomic problems to be solved in each episode, in an escalation of conflicts.

The cast of guest stars is extraordinary: they will be playing themselves Stephen Accorsi, Paula Cortellesi, Matilda DeAngelis, Pierfrancesco Favino And Anna Ferzetti, Conrad Guzzanti And Paolo Sorrentino to give a hard time to the agents and their assistants, the latter played by Sarah Lazarus (Doc – In your hands, 18 gifts, I wanted to be a rock star), Francis Russo (The Brilliant Friend, A Classic Horror Story), Paola Buratto (Bang Bang Baby). And with Kaze (Dog years) as Sofia, the agency’s receptionist, ed Emmanuel Fanelli in that of one of the most “extravagant” actresses of the CMA.

Call My Agent – Italythe plot of the TV series

Welcome behind the scenes of Italian show business from the point of view of those involved in managing the careers – and lives – of the stars, the agents. Lea, Gabriele, Vittorio and Elvira are the soul of the CMA and give it their soul, ready to do anything to make their stars shine. Managers, friends, confidants and psychologists: a good agent is all of this and more. And they, each with their own style, are the best. Between hectic days and social nights, it is their private life that loses out… But deep down they have too much fun to notice. But with the departure of the founder Claudio Maiorana things will get a little more complicated.