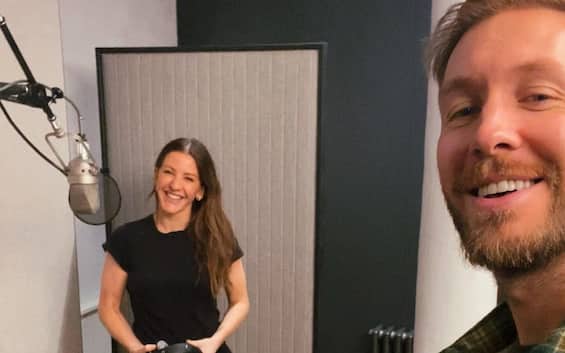 After I Need Your Love And Outside, Calvin Harris and Ellie Goulding are preparing to launch an explosive new partnership. The DJ and singer shared a snap up Instagram announcing the arrival of an unreleased song.

calvin harris and ellie goudling, the announcement on instagram

And the 2013 when Calvin Harris publishes I Need Your Love as the seventh single from the album 18 Months. The song proves to be a worldwide success, winning well three platinum discs in the United States of America thanks to the sale of over three million copies.

In October of 2014 the DJ collaborates again with Ellie Goulding on the notes of the song Outsideyet another great success.

Now, the two British artists have decided to score a hat-trick by posting a photo from a recording studio: “Back in the studio!! It’s time for the third installment of our explosive song trilogy.”

Calvin Harris is among the most popular DJs on the music scene, among his singles stand out Feel So Close, Summer, Blame with John Newman, This is What You Came For with Rihanna and One Kiss with Dua Lipa.

As for Ellie Goulding we find instead the songs Lights, Burn, Love Me Like You Do, On My Mind And Close To Me with Diplo and Swae Lee.