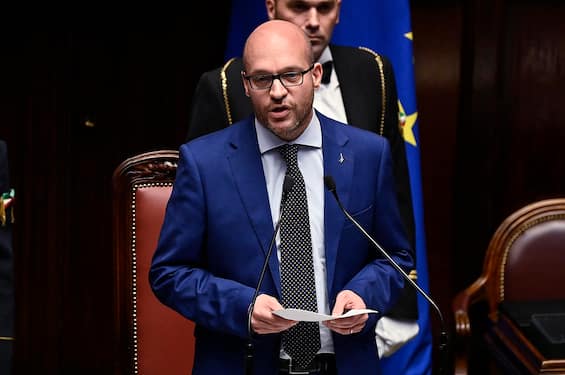 “It was exceptional”, said the new Speaker of the House who also replied to the accusations of homophobia: “I respect every choice. When I know a person I ask him his name, not what his sexual tendencies are.

A phone call between Pope Francis and the new president of the Chamber after the election: “We spoke with the Pope on Saturday morning. He called me to thank me, but I thank him because he is a point of reference for all Catholics”. This was stated by Lorenzo Fontana interviewed in the episode of Porta a porta broadcast tonight. Fontana, a conservative Catholic, had mentioned Pope Francis in his first speech in the courtroom at Montecitorio. “I was lucky enough to receive this phone call on Saturday morning: it was very nice because he thanked me for my quote, but I was the one who thanked him, for all the effort he puts into it from every point of view. reference point for all Catholics and not only. Receiving a phone call from him was exceptional “, he says.

Fontana: “I homophobic? They are only exploitation”

To those who asked him if he was homophobic, Fontana replied: “I respect every choice: I want to understand who has made different choices. When I meet a person, I ask him his name, not what his sexual tendencies are. see there are those who want to create the enemy against me: I know many people. And we also talk about how the Church has dealt with these situations. But they are exploitation “, he added.