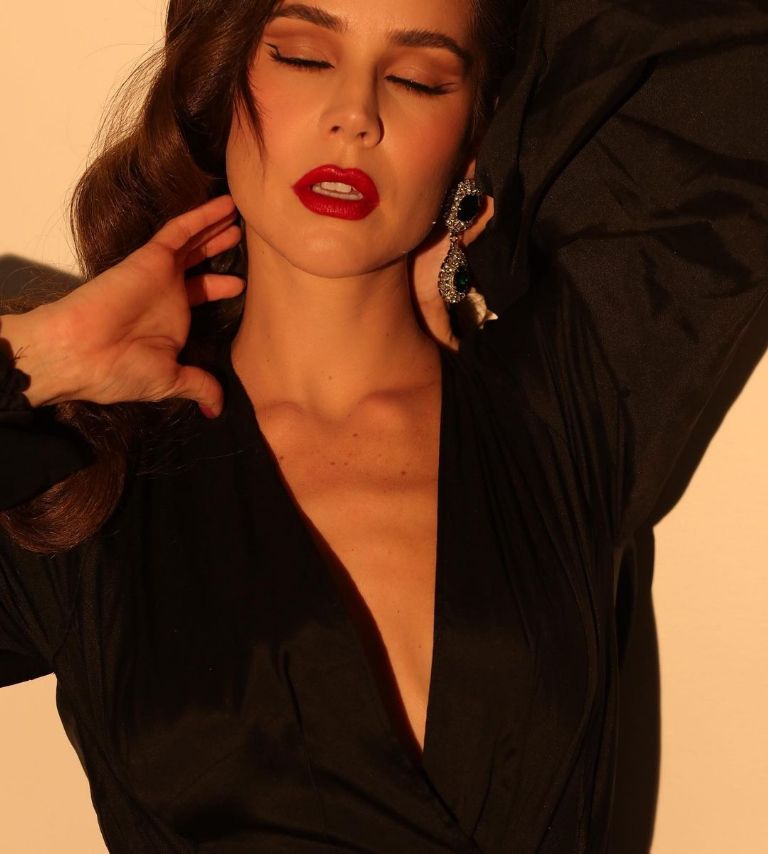 Camila Sodi is the 35-year-old Mexican actress who has managed to earn her place in show business, without having to stick to her aunt’s name Thalia. She started her career when she was just 2 years old, showing that her main passions were music and modeling but then she turned to acting.

In 2018, Camila She became popularly known with her role as Erika Camil in “Luis Miguel: the series”, one of Netflix’s greatest hits. He also starred in the US Telemundo telenovela Falsa Identidad; and Rubí where he played Rubí Pérez Ochoa.

Thalía’s niece will currently star in the series “Sin Huellas”, a new Amazon Prime Video production that is currently being recorded in Spain. The story will be a comedy with elements of a thriller and is expected to be released worldwide next year. Silvia Alonso, Borja Luna, Álex Gadea, Adrian Grösser, Adriana Torrebejano, Leonardo Ortizgris and Pastora Vega are other actors in the cast.

In the last hours, Camila shared a photo session on the camera network with the text “All over going nowhere …”. In them, she is seen wearing a long black satin dress with a large V-neckline and silver fringes on the part of the skirt. She also complemented her look with large black earrings and carmine red lips.