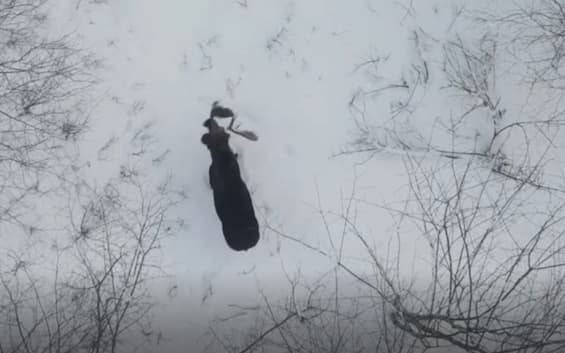 Derek Burgoyne, a Canadian lumberjack, captured a rare moment when a bull moose lost both antlers. He was in a forest in New Brunswick when he came across three moose on the snowy ground. The man followed one of the animals with a drone which, during filming, began to shake his body to get rid of the snow on his fur. However, the movement caused both boxes, which measure about 115 cm in diameter, to fall to the ground.

Burgoyne: “How to win the lottery”

Burgoyne, who has been collecting antlers and antlers since he was a child, said the moment he experienced was something special. “In my wildest dreams I never imagined I’d be filming it,” he told CBC News. “This is definitely winning the lottery when it comes to nature photography,” he added. While it’s not uncommon to find fallen antlers, as it’s a moulting process, also known as melting, that occurs every year for many deer, videos of the moment shedding occurs are very rare. Another footage of a moose losing its antlers had gone viral last month, the event was recorded in Alaska by a doorbell camera.