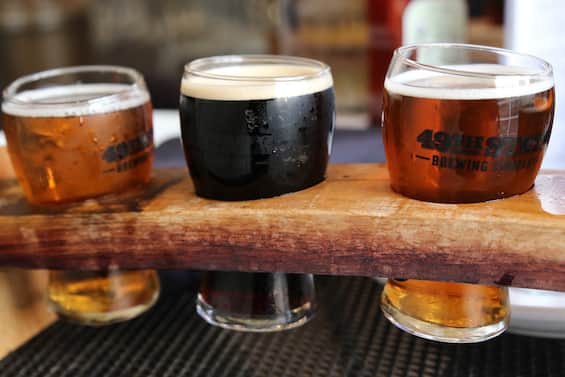 Limit yourself to just two drinks a week and, ideally, cut down on alcohol altogether. These are the rules contained in the new guidelines in Canada on the use of alcohol.

“We simply wanted to present the evidence to the Canadian public so they could reflect on their drinking and make informed decisions,” said Peter Butt, professor of family medicine at the University of Saskatchewan.

The skepticism of the experts

The new guidelines have been met with skepticism by some health experts.

“This type of research often misses other metrics related to an individual’s overall health and well-being that can result from conscious use of alcohol,” said Dan Malleck, professor of health sciences at Brock University. “With their work as the Canadian Center for Substance Abuse and Addiction, there’s no room to consider that there might be benefits. Their job is to find harm.”

Malleck described the guidelines as “irresponsible” and said they risk creating “anxiety and stress” among Canadians who once considered themselves moderate drinkers but now occupy a “high-risk” category.

“An attempt to better understand the reality of alcohol consumption”

“Alcohol is a psychoactive drug. But here’s the thing: People don’t use alcohol occasionally, they use it every day,” said Taryn Grieder, a professor of psychology at the University of Toronto.

Grieder says there are components in alcohol that may be beneficial, but they’re typically only found in certain beverages. “A glass of red wine a day could have benefits. But not the beer, not a sip of spirits. I think people took the idea that alcohol could have health benefits and really embraced it.”

Labels to illustrate the risks

The CCSA has also suggested that there could be benefits to mandatory labeling of alcoholic beverages, warning of possible health risks and including guidance on drinking standards.

“It could help change people’s perception, with labels showing cirrhosis of the liver and the possible long-term effects drinking can have,” Grieder said. “These lines are for the average person, and the hope is that people recognize the risks associated with use, and especially long-term use.”