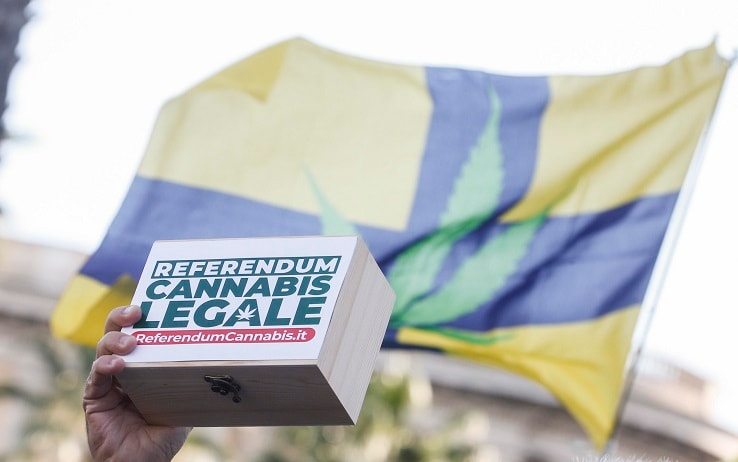 The “alarm” of the promoting committee concerns a suppressive amendment presented by the Lega and Fdi in the Constitutional Affairs Commission in the Chamber: it could stop the law of the CDM which allows those who have presented a referendum after last June to go and deposit their signatures until October 31st. In this way, these same signatures collected by the promoters of the referendum question would be at risk

“The referendum on the legalization of cannabis is at risk”: the alarm was raised by the promoting committee regarding a suppressive amendment presented by Lega and Fratelli d’Italia in the Constitutional Affairs Commission in the Chamber. The amendment would, in fact, convert and stop the law of the CDM which allows those who presented referendums after last June to go and deposit the signatures collected up to 31 October. In this way, these very signatures would be at risk.

Iezzi (Lega): government made a mistake, no to the drug scam referendum

“No to the scam referendum on soft and hard drugs. The government was wrong to give the green light to the referendum on drugs by extending the time needed to collect signatures by one month”, comments the deputy Igor Iezzi, leader of the Lega in the Business Committee constitutional. “Inserting a provision of a clear electoral nature into a decree law represents a sensational mistake and certainly not enough, as an excuse, to consider it a provision relating to procedural rules”.

“The gravity of the Lega’s initiative is disconcerting – explains Riccardo Magi, one of the promoters of the referendum on cannabis and president of + Europe – because it is not against this Referendum, but against a decision of the Government of which the League itself is a part” . “If, due to strange parliamentary dynamics, it were to be accepted”, explain by the committee promoting the referendum, “the deposit of signatures for cannabis would be at risk”.

“The signatures for the referendum on cannabis would not be valid and thus would prevent the country from expressing itself,” the deputy of the Democratic Party Giuditta Pini wrote on Twitter. Negative judgment on the move of the League also by the M5s and by Forza Italia.