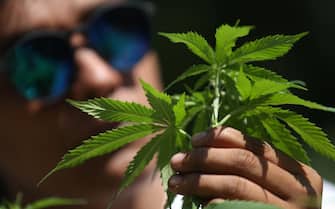 In some states it is illegal, in others it is illegal but tolerated, some allow its use for therapeutic reasons or for recreational use. In the world the map of the rules on marijuana it is patchy

Uruguay was the first in the world to legalize its cultivation and sale, making it a state monopoly: every adult can grow, buy and consume, but must be registered in a special register

Malta approves the legalization of cannabis, it is the first European country

In North Korea instead the use is free: it is not considered a drug. Australia, following the legalization of cannabis for medical purposes in 2016, it began making marijuana legal for recreational use as well, but with some limitations. In 2018 the Canada has made it legal for sale and consumption for recreational purposes, allowing the cultivation of up to 4 plants

Cannabis light, where the producers’ alarm comes from

In the United States in the mid-1990s the legalization movement for therapeutic purposes started in California. Only in 2012 in Colorado and Washington State was there a referendum for legal consumption for recreational purposes as well. Alaska, Oregon and Washington DC followed in 2014.Then, California, Massachusetts, Maine in 2016, followed later by Vermont.

The Chile since 2014 it allows it for both therapeutic and recreational purposes. Argentina it only allows the possession of up to 5 grams of dried inflorescences for private use while the one for therapeutic use is legal

In Mexico cannabis is illegal for recreational use (but decriminalized personal use) while it is allowed for therapeutic purposes with Thc limits. In Jamaica Possession up to 56 grams and production (maximum 5 plants) are allowed, but there are no limits in places of worship

In Europe the situation is different in the various countries: in October the Luxembourg became the first country to announce the legalization of marijuana production and consumption. Over 18s can grow up to four cannabis plants at home or in gardens per use and the trade in seeds is allowed without any limit on the quantity or level of the psychoactive principle (thc)

After the vote in Parliament in mid-December a Malta The recreational use of cannabis for adults has become fully legal. It is legal to have up to 15 grams in the Czech Republicwhere it is also allowed to grow it for personal use but not for sale

In Austria it is legal for therapeutic uses, but illegal for recreational use (in 2016, however, the small quantities were decriminalized). In Germany possession within 10 grams was decriminalized. In the Netherlands the sale of quantities below 5 grams per person per day in the famous authorized coffee shops is not taken into consideration

The Portugal was the first in the world to decriminalize the use of all drugs, while in Spain cultivation for personal use is legal and collective use is also allowed in Cannabis Social Clubs. Swisswhere possession and cultivation in the form of drugs is illegal, with Thc over 1%