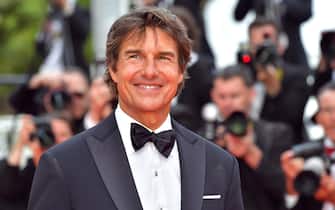 Tom Cruise has arrived in Canneswhere the film is premiered out of competition Top Gun: Maverick. The actor walked the red carpet in the company of his colleagues Jennifer ConnellyGlen Powell and Miles Teller and director Joseph Kosinski

WATCH THE VIDEO: The 75th edition of the Cannes Film Festival kicks off

The cast of “The eight mountains”, the film competing at the Festival. PHOTO

From Days of Thunder to Born on July 4th, by Jerry Maguire, Magnolia, Interview with the Vampire; in addition to the best known Risky Business, Top Gun, The color of money, Rain Man, Mission Impossible: la Tom Cruise’s career is really very long. “But I remember everything huh,” joked the actor

Westworld, the teaser trailer of the fourth season. VIDEO

“When I make a movie I always think as if I am a spectator myselfthat’s why I always try to change roles, stories, characters, sets, I always keep learningI keep exploring, ”added Tom Cruise, 60

Block 181, the cast of the tv series: Salmo tells Snake

His career, he said, “it’s all love and passion for cinema. I always go to theaters when movies come out. I put on my cap and sit in the audience with everyone. I spent a lot of time with the owners of the rooms ”

I go to the cinema and there are people who serve popcorn and run these theaters. To them I say, ‘I know what you are going through, just know that we are doing two sequels to Mission: Impossible and now the new Top Gun“, he added

So on platforms is firmly decided: “It will never happen. I know how the industry works today, but I do when I do I make a film for the big screenmy films are for the cinema, only there can they be appreciated ”

Tom Cruise is in Cannes, as mentioned, for the preview of Top Gun: Maverick. In the plot of the film it has been 30 years since Captain Pete “Maverick” Mitchell had taken the patent as ace of the air.

He is now a test pilot, an instructor for top new recruits who refuses to give up at age and lives among his ghosts. Until he comes riskiest mission ever assigned

Top Gun: Maverick is expected in theaters in Italy starting May 25th