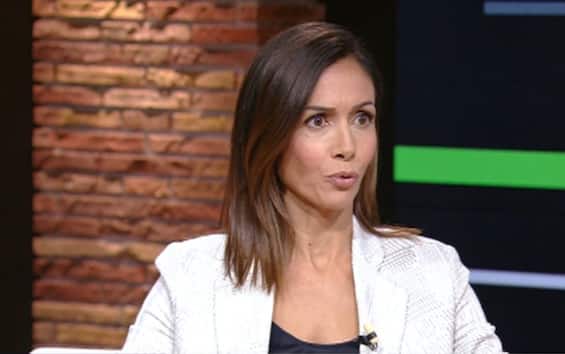 The minister for the South and Territorial Cohesion, guest of Maria Latella’s “The Interview”, spoke of her break with Forza Italia: “We have reached the point, so as not to make Salvini lose the internal competition in the coalition with Meloni , to bring down the Draghi government. Nobody in those days listened to us ministers of Fi “. On the hypothesis that Giorgia Meloni becomes the first Italian female premier: “It would be a step forward”

Voting Action means wanting to continue with the experience of the Draghi government. Thus the Minister for the South and Territorial Cohesion Mara Carfagna, guest of today’s episode of “L’Intervista”, a Sky TG24 program conducted by Maria Latella, wanted to summarize the position of her party. The deputy then discussed the criticisms leveled at her for leaving the political force of Silvio Berlusconi after the Azzurri’s failed vote of confidence in Mario Draghi and the hypothesis that Italy could find its first female prime minister in Giorgia Meloni (TOWARDS THE VOTE, LIVE UPDATES – THE SKY TG24 SPECIAL).

Carfagna commented on Carlo Calenda’s proposal to return to a government of national unity, which has all the main parties within it. The leader of Action, said the minister, referred to the difficulties that Italy is facing, first of all the energy crisis and the subsequent increases. “There is a dramatic solution, let’s sign a pact of national unity until the emergency ends: this is what Calenda meant”, remarked Carfagna, underlining how the Italians strongly appreciated the experience of the Draghi government. “Voting Calenda means replicating the Draghi model”, with “concreteness and seriousness” at the center, she concluded.

“Ungrateful to Forza Italia? I do not respond to accusations”

Many have criticized Carfagna’s choice – as well as that of her colleague Mariastella Gelmini – to leave Berlusconi’s party. Marta Fascina, companion of the Knight, defined them as “ungrateful”. “They are free words that I don’t give weight to. I have too much self-respect to answer these words. Anyone who knows me knows that for four years I fought to keep Forza Italia from flattening out on the positions of the League, ”said Carfagna. “We have come to the point, in order not to make Salvini lose the internal competition in the coalition with Giorgia Meloni, to bring down the Draghi government,” she added. In the days leading up to the fall of the executive, none of the Forza Italia ministers “managed to talk to Berlusconi to tell him these things”, concluded Carfagna.

“Premier melons would be a step forward for women”

Carfagna defined the hypothesis that Giorgia Meloni becomes the first female premier in Italian history as a “step forward”. It will then be right to “judge her for the things she will do. A woman is often judged by how she dresses and how she combs her hair ”.