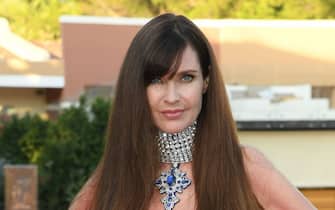 Carol Alt celebrates her 61 years, born in New York on December 1st 1960, is famous in Italy for the films in which she collaborated with the Vanzina brothers and for the numerous commercials made between the 1980s and 1990s. What are you doing today? He participated in the TV series Paper Empire with Kelsey Grammer which will also come to us in Italy. He also worked on his first animated film “Masha & The Bear”

Born in Queens, she was discovered almost by accident at the age of 18 while working as a waitress in a Long Island club. The Italian photographer Giovanni Lunardi pushes her to pursue a career in the fashion world (webphoto_COL)

So, in 1982, it appears for the first time on the cover of Sport Illustrated, in the issue dedicated to clothing for swimming. The consecration will come four years later with the success of the cover of Harper’s Bazar, the historic US fashion magazine dedicated mainly to a female audience

During the eighties she became a reference point for the models of her generation, appearing on over 500 covers (webphoto)

In 1983 she married Ron Greschner, an ice hockey player for the New York Rangers, on Long Island. The two will divorce in 1996 (webphoto_COL)

Carol Alt said she also had a relationship with Ayrton Senna from 1990 until his passing and has been linked with actor Warren Beatty in the past. In the photo, the American super model with the television presenter Pippo Baudo

In Italy, the super model is known in particular for the films made with the Vanzina brothers in the late 1980s and early 1990s. In 2007 she was the protagonist of the TV series “Caterina and her daughters” (webphoto_Massimo Brugè)

The absolute debut on the big screen, on the other hand, dates back to 1983 with “Portfolio” by Robert Guralnick, followed three years later by “Via Montenapoleone” by Carlo Vanzina.

The debut on the small screen, however, came in 1982 with the television series “Capitol”

In 2009 he participated as a competitor in “Dancing with the stars”, together with the dancer Raimondo Todaro

In the course of her career, in addition to fashion and cinema, Carol Alt has also dealt with health and nutrition

Since September 2013, he has hosted a television program dedicated to these issues on Fox News

The American super model and actress supports raw food, a diet based on the consumption of exclusively raw food

In December 2008 she also appeared on the cover of Playboy, after having been the protagonist, during her career, in numerous advertising campaigns for Diet Pepsi, General Motors and for the cosmetics company CoverGirl.

The last work on the big screen is from 2020. It is the film entitled “A son of the name Erasmus” by Alberto Ferrari

Backpacks fashion, discover the models that the stars wear